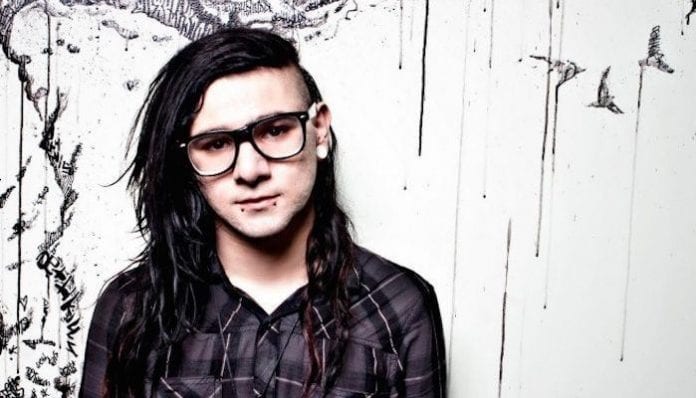 Skrillex took to Instagram and Twitter to share an emotional moment he had with a little girl on the streets of Thailand while on tour. The story depicts Skrillex’s Sonny Moore having problems departing without the child, who was selling bracelets on the streets.

After the usual phone clear-out, Moore found a photo from 2015. The photo was taken in Bankok, Thailand and shows Moore hugging a little girl. While the photo itself is as sweet as can be, the caption holds a much deeper meaning.

The caption went on to say that in Thailand, some families send their children out to the streets to beg or sell goods to tourists. However, what was about to happen would change Moore’s life forever.

“I think she was trying to sell one of my friends a bracelet but at one point we made eye contact and then she started running over towards me smiling like an old friend I hadn’t seen in forever,” Moore says. “I bent down on my knees and opened my arms to her and without any hesitation, she jumped in and we started to hug. I’ll never forget the smile on her face and the way her warm energy made me feel.”

Moore also shared the impact he felt after that experience, claiming that he was so emotionally attached to her, he didn’t want to leave her on the streets. His tour manager told Moore that it would, obviously, be kidnapping if he were to take her.

“During this time we were still hugging but it was time to go,” Moore says. “It may have been hardest time I’ve had letting someone go from a hug.”

You can see the photo and the full caption below.

The producer went on to say that his connection with the little girl made him feel like she could have been a friend from a past life.

Have you ever had an experience similar to Moore’s? Let us know in the comments below.