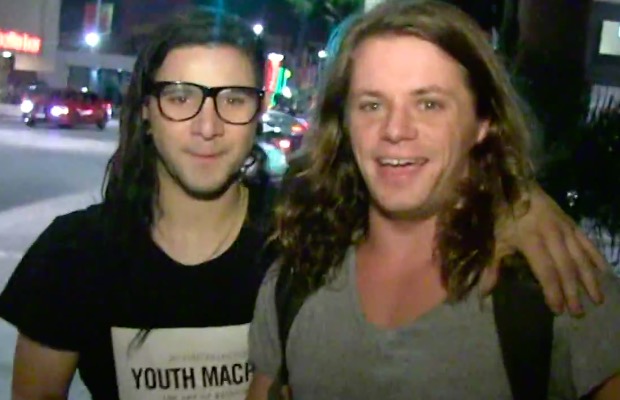 With Skrillex being one of the biggest DJs in the world, it’s no surprise that TMZ are trying to follow his every waking moment.

Regardless, this video is quite surprising. Instead of simply ignoring this TMZ reporter, Skril ended up taking the dude’s camera, interviewing him and then saying, “Follow your dreams, brother.” The guy was somewhat taken back by what had happened, and rightfully so, as that probably isn’t the response he is used to receiving from celebrities.

Read more: A young Skrillex debates the meaning of the word “emo”