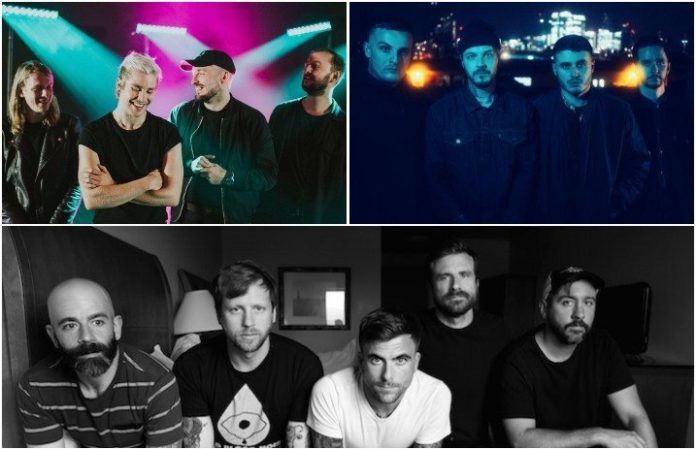 Catch Kali Masi, Circa Survive and more on tour—plus, don’t miss the news of Covet signing to Triple Crown Records. Check out the news you might have missed today below!

Read more: Here’s what it takes to have Brendon Urie sing at your wedding

1. Moose Blood, the Dangerous Summer, As It Is, more announced for Slam Dunk

More bands have been announced for Slam Dunk festival. The latest additions include Moose Blood, As It Is, King Prawn, Guttermouth, the Dangerous Summer, Woes and Templeton Pek. More bands are set to be announced for the massive festival, but in the meantime, you can go ahead and buy your tickets here!

SOUTH AMERICA! We are so excited to be coming this September. Tickets are on sale NOW at https://t.co/MndmU5MZJC 又 pic.twitter.com/RsIEVf7R6B

Circa Survive will be going on tour in South America this September. For a full list of dates and to pick up your tickets, you can go here.

3. Kali Masi announced a tour with Such Gold

Kali Masi announced a tour and shared a performance on Bridge City Sessions. The band performed their song “Powerline Days,” which is taken off the band’s album Wind Instrument. You can get your copy here. The band will also be going on tour with Such Gold. Check out the dates below!

* Dates with Such Gold

Covet shared a video to celebrate their signing to Triple Crown Records. With the news comes with the promise of new music and a possible summer tour.

Spencer Chamberlain and Aaron Gillespie of Underoath, Carousel Kings and A Scent Like Wolves will be doing acoustic performances at the 10th annual Launch Music Conference “Emo Night.” Members of August Burns Red will also be curating the event from 11 p.m. to 2 a.m. The show will take place April 12, and you can get your tickets here.

Boston Manor, Moose Blood, Circa Waves and more have been announced for Truck Festival. The festival is set to run from July 20 – 22, and tickets are on sale now. To see what days each band is playing and to buy your tickets, you can go here.