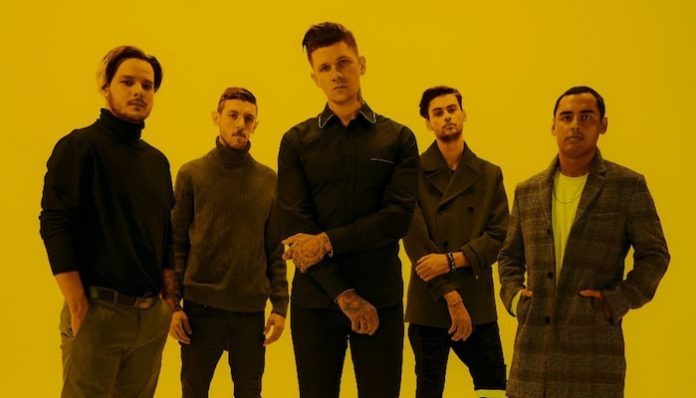 Since the beginning of the recent Black Lives Matter movement, various companies and bands alike have been taking accountability for their actions. This past week, both Lady Antebellum and the Dixie Chicks have changed their band names due to the names’ racial connotations. Now, Slaves are following suit and renaming their band.

On Thursday, the band announced that their forthcoming album To Better Days will be the last album released under the name Slaves.

Following vocalist Matt McAndrew joining the band in 2019, Slaves began working on their new album To Better Days. Then, back in May, Slaves released a video for their single “Wasting My Youth.” The new album, which is out August 7, marks the band’s first full-length LP with the current lineup.

However, Slaves are now sharing that To Better Days will also be the last album they release under their current band name.

“As individuals, as well as a collective, we hold certain virtues close to our hearts, honesty and transparency with our fans being some of the most important,” the band share in a statement. “Early on in the process of writing and recording the new album To Better Days, we discussed what this new iteration of our band should sound like, what it should look like, as well as what it should be called. We decided then this would be our last release under the name ‘SLAVES.'”

Due to its historically racist ties, the band don’t want their music to be associated with a word that holds “such negative weight and hurt.” As they reveal in a statement, the name “Slaves” was originally in reference to the band’s past struggles with substance abuse. However, as supporters of the Black Lives Matter movement, they are taking accountability and are making changes.

Read more: Halsey is offering a look inside of her mind with a new poetry book

“The name ‘SLAVES’ was conceived as a reference to the band’s battle with substance abuse in the past,” the band continue. “To the idea that we become enslaved by our addictions and by our own demons. Our goal has always been to tackle these difficult subjects head-on, as well as to build a community and share stories of hope to let others know that their inner demons can be defeated. However, this definition of the name neglects to take ownership of its racial connotations. As obstinate supporters of the BLM movement, we cannot continue to tie our music and our positive message to a word associated with such negative weight and hurt.”

Later this year, following the release of To Better Days, Slaves will reveal what they’ll be called going forward.

“To Better Days will represent the closing of one chapter and the beginning of another for the band,” the band share. “This is something we have been planning for a while and are excited to start unveiling new music, new name, later this year. We are thankful to our fans that continue to stick by us and we look forward to sharing this new era with you moving forward.”

The video for their new single “Like I Do” is available to watch below. Pre-orders for To Better Days are available here.

What do you think of Slaves’ decision to change their band name? Let us know your thoughts in the comments below.