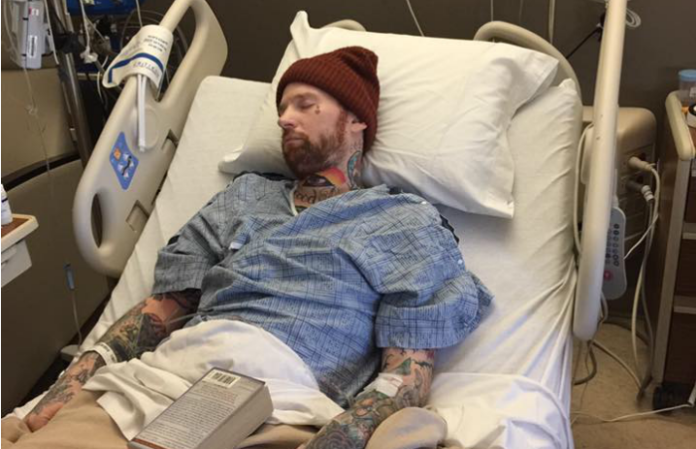 Slaves have postponed their upcoming U.K. and European tour and have provided on update on Jonny Craig's health.

Last week, the band postponed dates in Texas and New York City and posted a statement, saying that Craig has undergone three major surgeries for back pain.

Slaves emphasize that their team is already working to reschedule the tour for later in the year, which “is sorting out to include [a] great lineup.”

UK & Europe —
Due to some unforeseen circumstances, SLAVES have been forced to postpone the upcoming shows in the United Kingdom & mainland Europe.
As many of you may know by now, Jonny had been experiencing severe back pain for a while and recently had to undergo three major back surgeries. We're happy to say that Jonny is in great spirits and recovering well but will have to remain hospitalized for the present time to properly heal and rehabilitate from these surgeries.
We are already working on the reschedule for later in the year with our UK/European team and support is sorting out to include great line-up. All tickets will remain valid and will be honored at the rescheduled shows. A special thank you to XRAY Touring, and all the promoters in UK & mainland Europe for their understanding.
Thank you for your continuous love & support,
SLAVES.

Baby steps! Doctors said he might not have been able to walk after the first surgery. Three spine surgeries later and he's already standing on his own two feet. Keep Jonny in your thoughts please. And keep and eye out for updated info later tonight.

10 metal covers of pop songs whose awesomeness will not be...