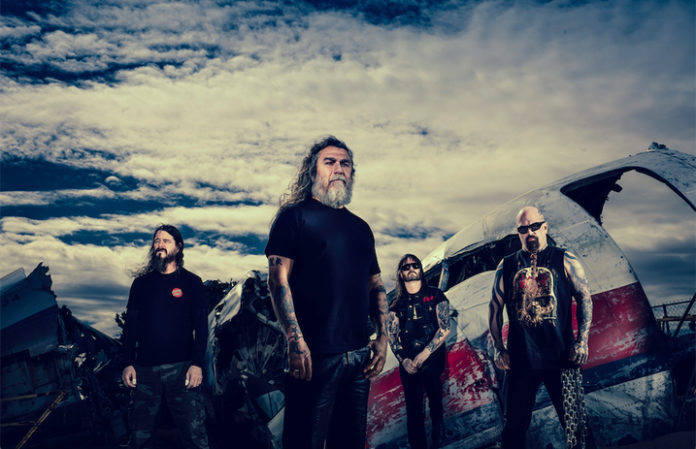 Slayer have announced a final world tour, with the message: “Slayer to tour the world one more time…”

Read more: Slayer’s Gary Holt has some strong words about Kendall, Kylie and the Kardashians

The band released a video with the news, with the announcement that “the end of days is near.” The video closes with the message “North American tour dates coming…” meaning we'll be keeping our eyes peeled for the band's final tour dates. None have yet to be confirmed at this point.

Guitarist Kerry King suggested last year that a follow-up to the band's 2015 long-player, Repentless, may be in the cards for sometime this year, but he's keeping it realistic.

“It's conceivable,” King admits, “but I'm certainly not gonna promise it, because every time I do, I make a liar of myself!”

King remarks a half-completed new set from Slayer follow a period of seeming uncertainity for the band, as the guitarist stated last year that vocalist-bassist Tom Araya saw the group's future as “very unclear.” However, King admitted, “That's just how he is.” (via Metal Injection)

Slayer formed in 1981. The band have released 12 studio albums in that time.