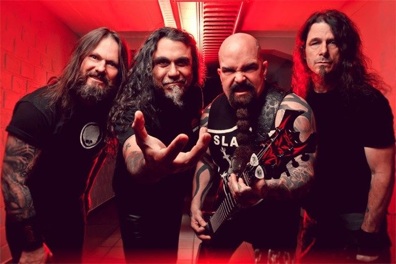 Earlier this week, a video of a guy spoofing that one Matthew McConaughey car commercial you're always seeing surfaced online. This clip was a pitch for the  spoofer to sell his 1997 Ford Escort LX for tickets to see Slayer on their impending fall headlining tour.

The band have actually responded to the video with a video of their own, where they tell the guy not to sell his car, because they're giving him two VIP tickets on their's guest list for their show at the Forum in Los Angeles, CA, on November 14. Watch the clip below and let us know your thoughts!