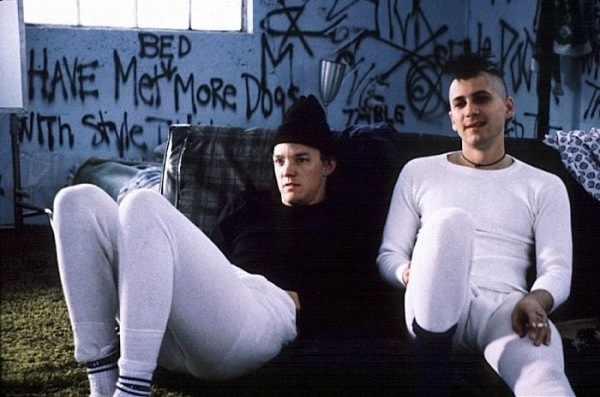 News around the Twitter-sphere is that SLC Punk director James Merendino is in the process of putting together a sequel to the cult classic titled SLC Punk! 2: Punks Dead. The announcement ignited a frenzy of fans in the social media universe as the sequel has its own Twitter account as well as a petition for the return of Jason Segel, who played Mike in the original, to which the fan petitioned Facebook page has replied to. We suspect this might be from Merendino:

“I need to address this Fan generated petition. Jason has not read the script. But he knows that Mike's part is a cameo. I am very impressed by Jason's career and his many talents. He has been very sweet about why he feels that a cameo in the sequel is not the direction he is going. I have fond memories of Jason. I wish him well. I would not want him to think that he 'must' do the sequel out of guilt. But, that's my opinion. You are all free to have your own and share your feelings about us having to recast Mike. Thanks for your continued support.

As for cutting Mike out of the Sequel. Mike is based on a real person. What he has done in real life is awesome and must be told. And I can't imagine the story without including his very punk rock experience. Jason played him well but I cannot just forget how much he influenced me and this story. There are some very talented actors out there but only one Mike in my life.”

News has been floating around since May, especially since the release of the film Fat Kids Rule The World in 2012 where former SLC Punk star Matthew Lillard plays a Doc Marten wearing high school principal of the same name. He even used the famous line from the film, “I didn't sell out, I bought in.” According to Vulture.com, Lillard said “the idea of an homage to SLC Punk! and seeing Stevo all grown up was great, but it didn’t work. I sucked, and it slowed the movie down when the thing I like about the movie is that it’s quick and sharp.”

Check out the clip below:

If you're still wondering as to why a sequel is being made, check out the tweets below from Merendino:

Why SLC P Sequel? I got tired of fucking Babyboomers saying “James,that punk thing you were into was cute, but thank God you grew out of it”

It also seems as though Merendino is as punk as ever, getting his mosh on just the same as he did 15 years ago. Check out an excert from an article posted on Friday about what there is to do in Utah:

“When friends ask me what there is to do in Salt Lake City, I tell them they can do two things. They can check out the Mormon Temple on West North Temple Street and learn all about the “true” origin of man at the Church History Museum (lds.org/museum). Or they can do what I do and go to a good old-fashioned punk show.”

For more information, check out some of the recent interviews of Meredino from Smugfilm and Filmdrunk's websites.

What do you think about the announcement of the sequel?