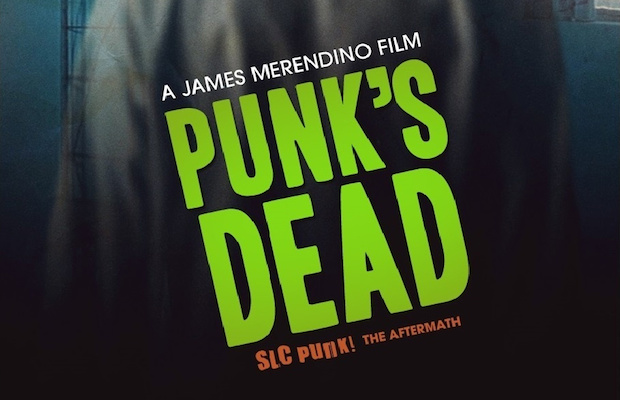 SLC Punk! 2: Punk's Dead will finally begin filming next month, according to a new report from The Wrap.

Since its 1998 release, 'SLC Punk' has become a cult classic.

Original film stars Devon Sawa (Sean), Adam Pascal (Eddie), and Jimmy Duval (John the Mod) are confirmed to return, while Annabeth Gish (Trish) and Til Schweiger (Mark) are rumored to be in the mix as well. *SPOILER* Michael Goorjian (Heroin Bob) is also attached to star, despite his character's death at the end of the first film. *END SPOILER*

Here's the tentative plot, as of late last year (as you know, these things are subject to change):

18 years later, in PUNK'S DEAD, Bob is still dead, but Trish from the Bong Shop, Stevo, Sean the Beggar, John the Mod, crazy Mark and tree hugger Mike are arrogantly saving the world for another generation…or they are at least trying. Get ready to find out what happened to your favorite characters, as we take you to the pivotal events in their lives since SLC PUNK. Holding it all together will be the misadventures and observations of one of their offspring, an eccentric kid named Ross, the Spawn of Heroin Bob, who has a lot to live up to…

It was previously announced that Jason Segel would not return, though his role of Mike stands to be recast. Strangely, although Matthew Lillard was expected to reprise his starring role of Stevo, and was mentioned in early press surrounding the movie as well as in the tag above, his name is now absent from the film's IMDB page, and was omitted from recent articles about the production. It would be odd for Lillard not to return, especially since he just paid homage to his character is 2012's Fat Kids Rule The World (see below), though his involvement now remains to be seen. It should be noted that the film will contain “two surprise cameos,” according to producer Andrea Kreuzhage.

Among the new cast members is Cleveland-based rapper Machine Gun Kelly, who has appeared on the Warped Tour, and collaborated with artists like Sleeping With Sirens and The Madden Brothers (of Good Charlotte). Check out an announcement from Kelly below:

Screeching Weasel and Dwarves are among the bands set to perform at the film's major Indiegogo-subsidized concert scene, which will now film June 20 in Salt Lake City. Over 2,000 Indiegogo backers and SLC Punk! fans are expected to attend, decked out in punk gear circa-2003. Though the film was originally slated to shoot in the spring for a fall release, its summer schedule might now push it into early 2015. No official word has arrived on the date.