Sleeping With Sirens revealed they wrapped their next album. This alone is thrilling, but the fact it’s throwing it back to a beloved album of theirs is even more epic.

Responding to a fan who says they’re ready for some “Let’s Cheers To This vibes,” Quinn simply offers up a ”You got it.”

Shortly after, Quinn responded to a second fan posing the same question: “Will there ever be new music that sounds like Let’s Cheers To This?”

Quinn assures the fan with a thumbs up emoji and “In drop A?,” which refers to the tuning of the guitars.

Earlier this year, SWS guitarist Jack Fowler teased the same sentiment, saying: “In the mood to write some 2012 sounding SWS stuff today because why not!??”

In the mood to write some 2012 sounding SWS stuff today because why not!??

Fowler saw the fan response and like Quinn today, assured them it was indeed coming. “So apparently you guys want it,” he says. “Give us a little time and you’ll have it right back where we left off…”

Let’s Cheers To This is the band’s sophomore effort, released in 2011 via Rise. The album gave us scene staples such as “Do It Now Remember It Later” and “If You Can’t Hang.”

Sleeping With Sirens’ latest Gossip dropped in 2017, marking their first major label record with Warner Bros. The band released “Another Day” in July with summer tourmates the Rocket Summer as their first new material since their LP.

While not much more is known about SWS next record, we do know  they’re hitting the road with Good Charlotte this fall. The dates, which also includes Knuckle Puck and the Dose, can be viewed below.

* with Sleeping With Sirens, Knuckle Puck, the Dose 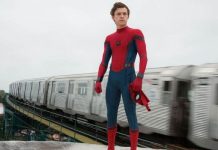