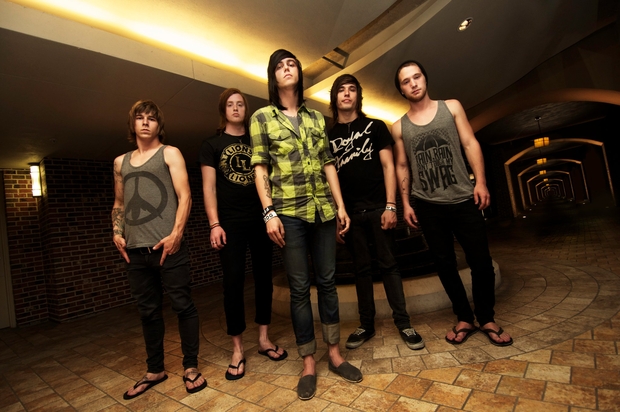 Ah, 2012. What a time to be alive. Twilght Saga: Part 2 was released. The “King For A Day” video was voted the best music video by AP readers. And Sleeping With Sirens released If You Were A Movie, This Would Be Your Soundtrack.

All the memories, right?

Well, it looks like we might have some Let's Cheers To This-esque SWS to look forward to. Guitarist Jack Fowler teased today, saying: “In the mood to write some 2012 sounding SWS stuff today because why not!??”

In the mood to write some 2012 sounding SWS stuff today because why not!??

Of course, fans were all about it:

Y'all need to release some 2009-2012 sounding stuff again.. I still have my hot topic bracelets and tight sws shirts

God is in THIS chilis tonight

Did somebody say 2012 sws music? pic.twitter.com/laFVI8OxZa

Fowler saw the response (122 replies and counting, to be exact), and it looks like we'll be hearing some of that '12 SWS sound soon… “give us a little time and you’ll have it right back where we left off…..” (!!!)

Watch more: 10 things you didn't know about Sleeping With Sirens