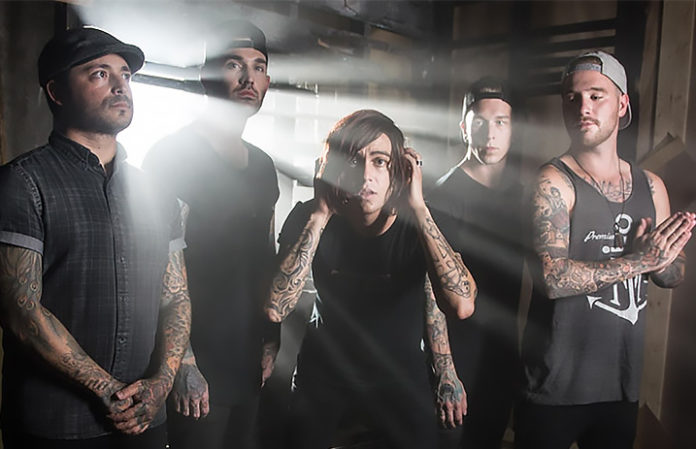 It's a good day for Sleeping With Sirens: Fresh off an album announcement and the release of a new single called “Legends,” the song has been selected as the official song of the U.S. Olympic team!

Today, Team USA officially announced the selection of “Legends” as their song on the road to the Winter Olympics.

#TeamUSA is proud to announce LEGENDS by @SWStheband​ as our OFFICIAL song on the road to the 2018 #WinterOlympics! pic.twitter.com/c7xYn19IUF

“Legends” comes off of the band's upcoming album Gossip, the follow-up to 2015's Madness.

“I think [it’s about] being lost and then finding hope,” frontman Kellin Quinn says of the album. “It’s a dark record. It sounds dark, but there’s a hopefulness in everything. That’s always something I’ve tried to do as a vocalist. When I write about a sad topic, I always want there to be a light at the end of the tunnel.”

Gossip is out September 22. Pre-order the album right here!

The band will also be performing at this year's APMAs, which you can livestream this Monday, July 17. See how you can watch the show here!

Watch the new “Legends” lyric video below. Are you excited for Gossip?! Let us know in the comments!