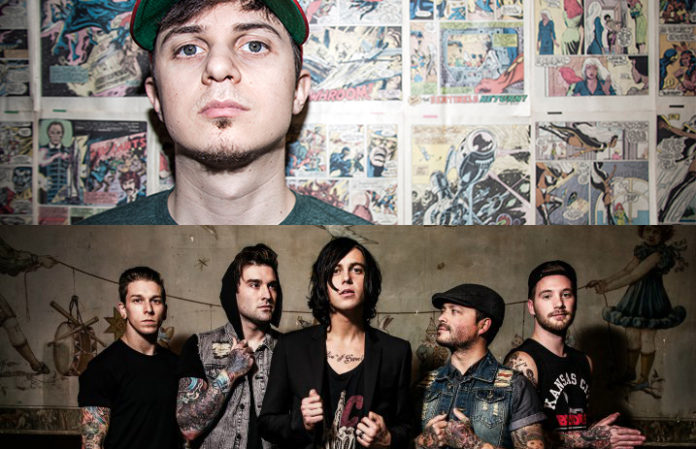 There's nothing better than seeing two of your favorite artists interact with each other on Twitter which is why we're freaking out over Sleeping With Sirens' Kellin Quinn talking about a possible collaboration with Watsky.

Read more: Sleeping With Sirens tease the “gossip,” and fans are seriously excited

The Sleeping With Sirens frontman gave Watsky a shoutout on Twitter today saying that he was “loving the music.” In the screenshot, Quinn is listening to Watsky's 2016 release, x Infinity.

Hey @AltPress thanks for helping me discover @gwatsky loving the music �� pic.twitter.com/qRjGkrUmld

Watsky replied quickly offering his vocals if Quinn would ever need him to which the frontman replied, “Let's do it! DM me!”

Can you imagine a Watsky / Sleeping With Sirens collaboration?! We're drooling at the possibilities.

Alt Press recently caught up with Quinn and guitarist Jack Fowler to talk more about the new album, describing it as both dark in both sound and lyrical content. But like all things, darkness has its natural opposite, and that’s an element that SWS never forget to include in their songwriting.

The band also recently posted a teaser video with the caption, “Don't believe the #GOSSIP,” and we're freaking out.

Who else would you like to see Watsky collab with?! Let us know in the comments!