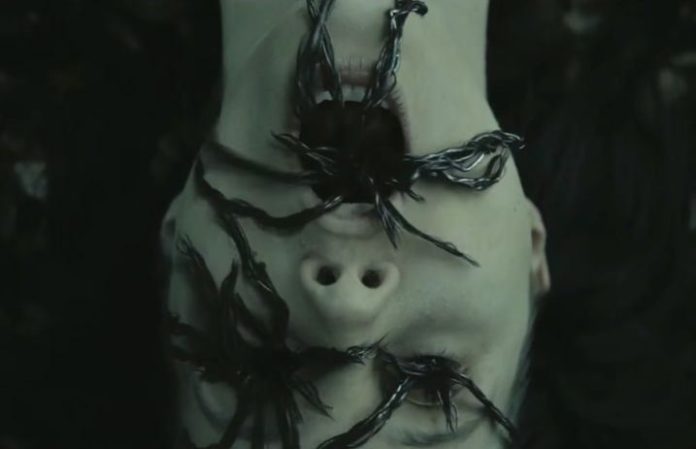 The upcoming horror movie Slender Man is being criticized as “distasteful” by the father of a girl who stabbed her classmate in a brutal crime reportedly inspired by the creepypasta-indebted fictional character.

In 2014, Anissa Weier and Morgan Geyser, then both 12 years old, stabbed their friend Payton Leutner 19 times in a misguided bid to impress the mythical Slender Man, as reported by the BBC. Leutner survived the attack, and Weier was recently sentenced to 25 years in a state mental facility.

On Wednesday, the debut trailer for a forthcoming Slender Man film was released, the first Hollywood-produced feature involving the supernatural character. (An HBO documentary, Beware The Slenderman, was unveiled last year.) Slender Man is slated for theatrical release by Screen Gems on May 18.

Now, the father of attacker Anissa Weier is speaking out against the film, as noted by the NME. Bill Weier says the movie is a crude attempt at capitalizing on a real-life crime, and he offered a damning statement in a telephone interview late Wednesday, per the Chicago Sun-Times.

“It's absurd they want to make a movie like this,” he tells the Associated Press. “It's popularizing a tragedy is what it's doing. I'm not surprised, but in my opinion, it's extremely distasteful. All we're doing is extending the pain all three of these families have gone through.”

Do you think the Slender Man movie should be nixed due to its closeness to an actual tragedy, or will you still see the film in theaters? Watch the Slender Man trailer below and let us know what you think in the comments.