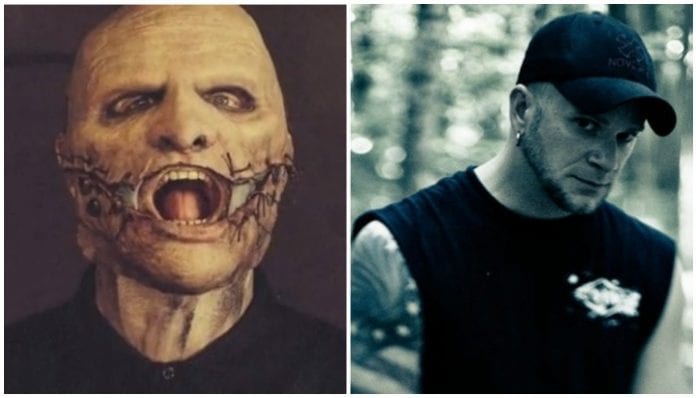 An innocent tweet from a fan may have just led to the possibility of one of the coolest tours of 2019: Slipknot and All That Remains.

All That Remains frontman Phil Labonte responded to the tweet, echoing the user’s sentiment.

“I just wanna tour with him. [Stone Sour] or Slipknot,” Labonte says.

I just wanna tour with him. SS or Slipknot.

The duo discussed the possibility back and forth with Taylor eventually stating it would have to be in 2019.

Might have to be next year. But you know what that means. We’ll talk soon. #2019

The timeframe is perfect for All That Remains who will have their new record out, and according to Labonte, “it’s a pretty heavy one.”

We will have a new record out, my dude. And it’s a pretty heavy one. Just let us know, we’re in.

All That Remains surprise dropped a new song, “Fuck Love,” earlier this week, which is expected to appear on the aforementioned album. The band is currently on tour, and dates and ticket options can be viewed here.

Taylor recently revealed some more details about the masked metal band’s upcoming album, their first since 2014’s .5: The Gray Chapter. Maggots take note: Taylor says their sixth full-length, due next year, will be heavy like Iowa.

That’s right, the Slipknot vocalist references the band’s 2001 sophomore milestone when fielding some fan queries about the group’s next long-player during a recent Q&A session with Kerrang.

“This is Iowa levels of heavy,” Taylor says at one point in the chat, clearly displaying his enthusiasm for the new material. “And I have to go out and tour this shit at my age. I can feel those songs in my back! I am really, really excited about it.”

As far as the future plans of both bands, fans are so here for the possibility of a tour, and we couldn’t agree with them more.

What do you think of the possibility of a Slipknot and All That Remains tour? Let us know in the comments!