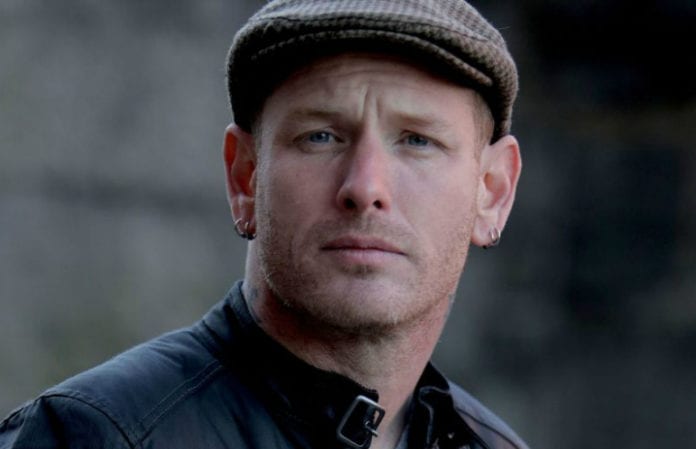 Slipknot and Stone Sour frontman Corey Taylor got a rare opportunity today. One, many of us do not have the chance to experience. He got to meet his clone.

Well, not exactly a clone but definitely a doppelgänger and Taylor’s reaction is really cool.

The Slipknot frontman attended a meet and greet and spotted the super fan. The man was a spitting image of Taylor from the .5: The Gray Chapter album cycle. Complete, with the jumpsuit, mask and everything else, this person clearly prepared.

Taylor had the fan sign his stomach after laughing profusely pretending to meet his idol. Then, he asked if they (Slipknot) planned on playing the rarely-seen-live “Snap” that night.

Watch the video below. While this may not be a huge moment, it shows a comedic and human side to the masked terror.

Taylor also called out the NFL for misrepresenting rock and metal at the major sporting event.

Taylor shared an article from Loudwire about Draiman’s campaign to get himself votes to perform the pre-show song. Disturbed shared a poll from Billboard and encouraged people to vote for the musician.

“I’ve dreamt of doing it my entire life. Been rehearsing it since I was a little boy,” Draiman said to Loudwire. “I love my country, and I would be honored beyond words to have the opportunity to try and inspire, strengthen, and give hope, at a time when we need those things more than ever. Plus…it would be nice to have rock represented on SOME level at the Super Bowl, and to prove to everyone that there ARE rock singers out there who can do the anthem as much justice as ANY pop artists out there, and even possibly take it higher.”

Along with sharing the article, Taylor wrote that it’s “long overdue for rock and metal to be represented at the Super Bowl.”

“Let’s make our voices heard in support of our brother David Draiman of @Disturbed and let the @nfl know we want him to sing the anthem,” he continued. You can see his posts below.

This needs to happen! Let’s have our voices be heard in support of our brother @davidmdraiman!

It’s long overdue for rock and metal to be represented at the Super Bowl. Let’s make our voices heard in support of our brother David Draiman of @Disturbed and let the @nfl know we want him to sing the anthem. https://t.co/OhHxA5Q1QI

The Billboard poll is filled with various pop acts including artists like Brendon Urie, Post Malone, Ariana Grande, Bruno Mars and more. The band are encouraging fans to write in Draiman’s name in the given space.

What would you do if you met someone dressed exactly like past you? Sound off below.