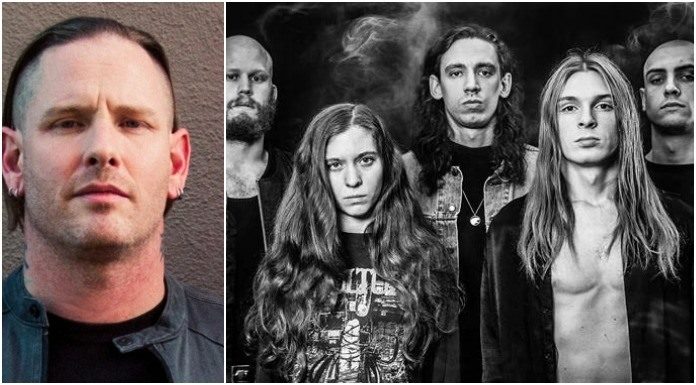 Is this a match made in heaven or a match made in hell? Code Orange’s heavy new song “The Hunt” features fellow Roadrunner labelmate and metal legend, Corey Taylor. Needless to say, fans of hardcore are dying for it.

With the surprise release of their latest three-song EP The Hurt Will Go On, Code Orange also slipped fans a little extra treat. After posting a cryptic online puzzle, Code Orange gave many fans a taste of their newest project. Some solvers were given a USB drive containing the song “The Hunt.” Much to their delight and excitement, they found that the Slipknot and Stone Sour frontman did guest vocals on the track.

Formed in 2008, the Pennsylvania hardcore band have been pushing hardcore’s limits since day one. With the 2018 Grammy nomination for their 2017 LP Forever, the band have garnered a lot of attention from hardcore and metal-lovers alike, including that of Corey Taylor. As a longtime fan of the band, it comes as a pleasant surprise to see Taylor make an appearance on their latest EP.

In a wave of ridiculously heavy riffs and inspiration that Code Orange can only draw from themselves, Taylor’s vocals on “The Hunt” carefully drip with filth and sludge. Check out one of the heaviest breakdowns hardcore has ever seen below.

While there is no current information on whether or not The Hurt Will Go On will be sold in physical copies, the three tracks are available to stream on Spotify, Apple Music, Tidal and YouTube.

Code Orange will also be hitting the road on a headlining North American tour with Twitching Tongues and Vein June 22. Select dates will also feature the support of Show Me The Body, Wicca Phase Springs Eternal, Nicole Dollanganger and many others. You can see a full list of dates and pick up tickets here.