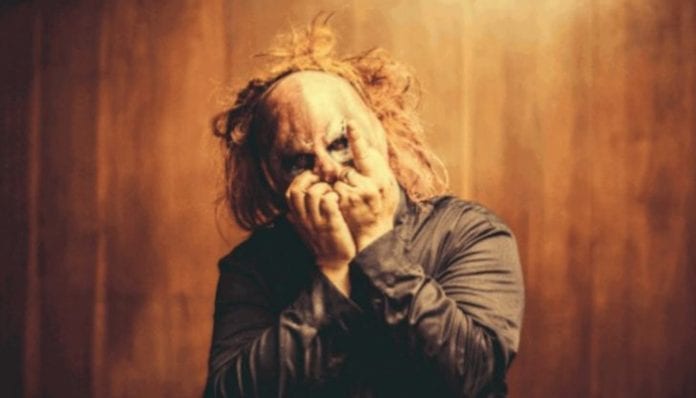 Slipknot percussionist and all-around band visionary M. Shawn “Clown” Crahan hints at a 20th anniversary edition of the group’s watershed self-titled album in a new interview with Lazer 103. The longtime metal act’s founder and figurehead cryptically teases the reissue while promoting this Halloween’s Slipknot-themed haunted house in the band’s home state of Iowa. Are you ready to rock out to the ‘knot like it’s 1999?

Because that would be the year Slipknot emerged from the Hawkeye State and unleashed their ominous, masked nü-metal onto the world. And while working on their long-awaited sixth album, Crahan says it’s due time to take a look back.

Read more: Taylor Swift breaks her political silence after all these years

“Basically, we’re celebrating 20 years of the first album and we thought it would be cool to make some art on many different levels for the planet,” he says. “We’ve been gone long enough and I think it’s time people understand what’s really happening, so we’re putting together a little something something for the 20th anniversary.”

The news follows word of another anniversary release for the band, a celebratory version of the band’s 2008 album All Hope Is Gone. And, alongside a brand new record, that may sound like a lot of work for the veteran metalheads. But, rest assured, Crahan can’t stop the flow of art coming forth from his clown mask, as noted by Loudwire:

“I’ll let the world know this: I get reprimanded a lot for my mouth just for how much I want to deliver because I really don’t care, but I’ll tell you this: A, we’ve been home for two years. B, do your research and figure out how long we really stay home and C, staying home gets boring, so you’ve got to do things. I would imagine that there’s material that’s not only out there, but it’s finished. We did things a little bit different this time off. We made sure we made ourselves happy and making ourselves happy is we live for the song, we live for the stage, we live for the fans, we live for the art, but if it’s going to be a time we can create art, record songs, write songs, jam songs, we do it. So, we’ve learned we’re obsessed with that process. We love chasing vision and art until it’s complete. It takes time. We did ourselves a solid this time around and made sure the whole time off we could create and that’s what we did. It’s been awesome, and I think everybody is going to understand just how wonderful it has been the last two years to take the time off and create.”

Meanwhile, Slipknot vocalist Corey Taylor says the lyrics for the upcoming new ‘knot album contain some of “the most [he’s] shared in years.” Just don’t count on iconic Iowa producer Ross Robinson to helm the new release, after all.

Are you stoked to hear some new Slipknot in 2019? What do you think of the band’s upcoming anniversary plans? Will you be attending the Slipknot-themed haunted house in Iowa this year? Sound off in the comments below!