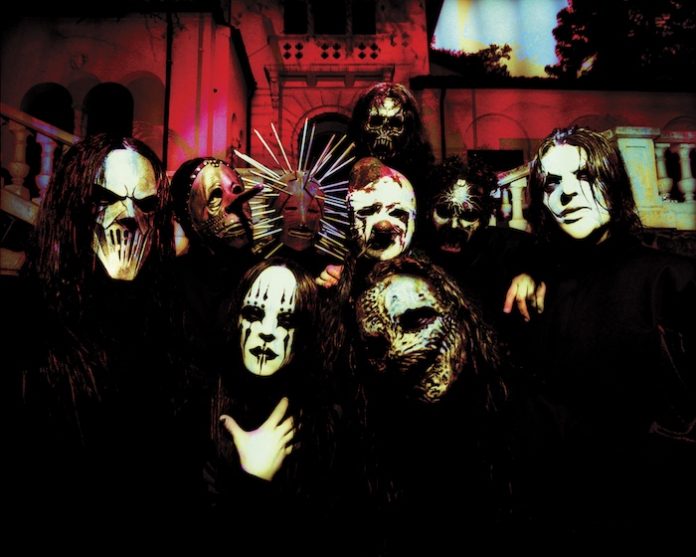 Fans were banned from wearing an assortment of accessories including spiked collars and large belt buckles at Slipknot concert at the SSE Hydro in Glasglow this past weekend.

The venue made a statement saying they wanted to make sure everyone would be safe during the show.

Read more: 10 bands who should open for a dream My Chemical Romance return tour

According to the BBC, the venue had published a list of items that wouldn’t be allowed into the venue. Some of the clothing items listed included large belt buckles, chain wallets, along with various spiked pieces of clothing like boots, jackets and collars.

Owner of the Garage and Cathouse clubs Donald Macload previously collaborated with the event organizers, Scottish Event Campus, for the Slipknot concert and said, at first, he didn’t take the announcement seriously.

“What I’ve found running the Cathouse – which is an iconic institution – is we’ve had all manners of dress codes, be it emo, goth, heavy metallers and hip hop. They all have a brand and an identity – nose rings or tattoos – and it’s probably the safest and friendliest club that I’ve had.

“Yes there have been incidents, but people police themselves and they look after each other. We have put on many shows in the SEC of a similar caliber such as Nine Inch Nails and nobody was flung out and there were no problems… I can’t see how telling people not to wear big boots is going to prevent fires, it’s ridiculous.”

Read more: Slipknot debut two ‘We Are Not Your Kind’ cuts live at tour kickoff

The SSE Hydro later made a statement of their own saying the rules are for the good of the audience.

“We want everyone attending an event here to have an enjoyable experience,” says a spokesperson. “However, there are restrictions on what is allowed into the SSE Hydro and these can vary — this is related to the safety of everyone attending events here and to the security of the venue.”

Some fans on Twitter were upset about the accessory ban, others were for it or didn’t really care.

Moshers not allowed to dress like moshers at gig for moshershttps://t.co/YQ1IyZcA5v

I agree with this ban on the items.

Spikes can be sharpened.
Heavy wallets and chains are weapons.
Belt buckles can be deadly when smashed into body parts.

Slipknot continue their world tour in Sheffield, UK tonight. The rest of their dates can be seen below and tickets are available here.

What do you think about the ban of spiked accessories at the Slipknot show? Let us know in the comments down below!