Do we finally have the evidence we need?

After many rumors and hearsay, we might finally have nailed down the official identity of Slipknot‘s Tortilla Man. It comes from an unlikely source. A popular tourist site in Slovenia might have allowed the internet to crack the case.

Tortilla Man joined Slipknot after the dismissal of former percussionist Chris Fehn. Some internet sleuths have been on the case since Tortilla Man’s arrival. Collectively, most are pretty sure it is Michael Pfaff.

Read More:Pat Kirch to sit out the Maine tour ahead of first child’s birth

In August, Slipknot teased fans with a message on drums and an actual tortilla, while a photo of a band member circulated the internet. Internet detectives believed it was Pfaff. Back in December, fans got the footage they believed was all they needed to fully identify Slipknot’s Tortilla Man. Upon arrival at Knotfest Mexico, we saw a musician traveling with the band that also has ties to an important member of Slipknot.

Fans began speculating that this unrelated musician must be the Tortilla Man. Slipknot fans believe the newest member is Michael Pfaff. The footage shows what appears to be Pfaff traveling with the band in both videos. But the real point that drives home the theory is that Pfaff has performed in the band Dirty Little Rabbits. Dirty Little Rabbits is a side project of Slipknot founding member Shawn “Clown” Crahan. Crahan is one of the two percussionists in Slipknot. Watch the footage below.

Now, Slipknot is currently on a massive European Tour. Thanks to Postojna Cave Park in Slovenia, we seem to finally know the identity of the newest Slipknot addition. The site must not be used to having rockstars such as Slipknot because in a Facebook post, Postojna Cave Park shared a few pictures of Shawn “Clown’ Crahan, Jay Weinberg and someone else who looks awfully familiar to Michael Pfaff.

The photos include a picture of all three, as well as a book that is signed by the trio. One of the signatures appears to clearly say “Pfaff.” For reference, here is a picture of Michael Pfaff with Crahan’s side project Dirty Little Rabbits. 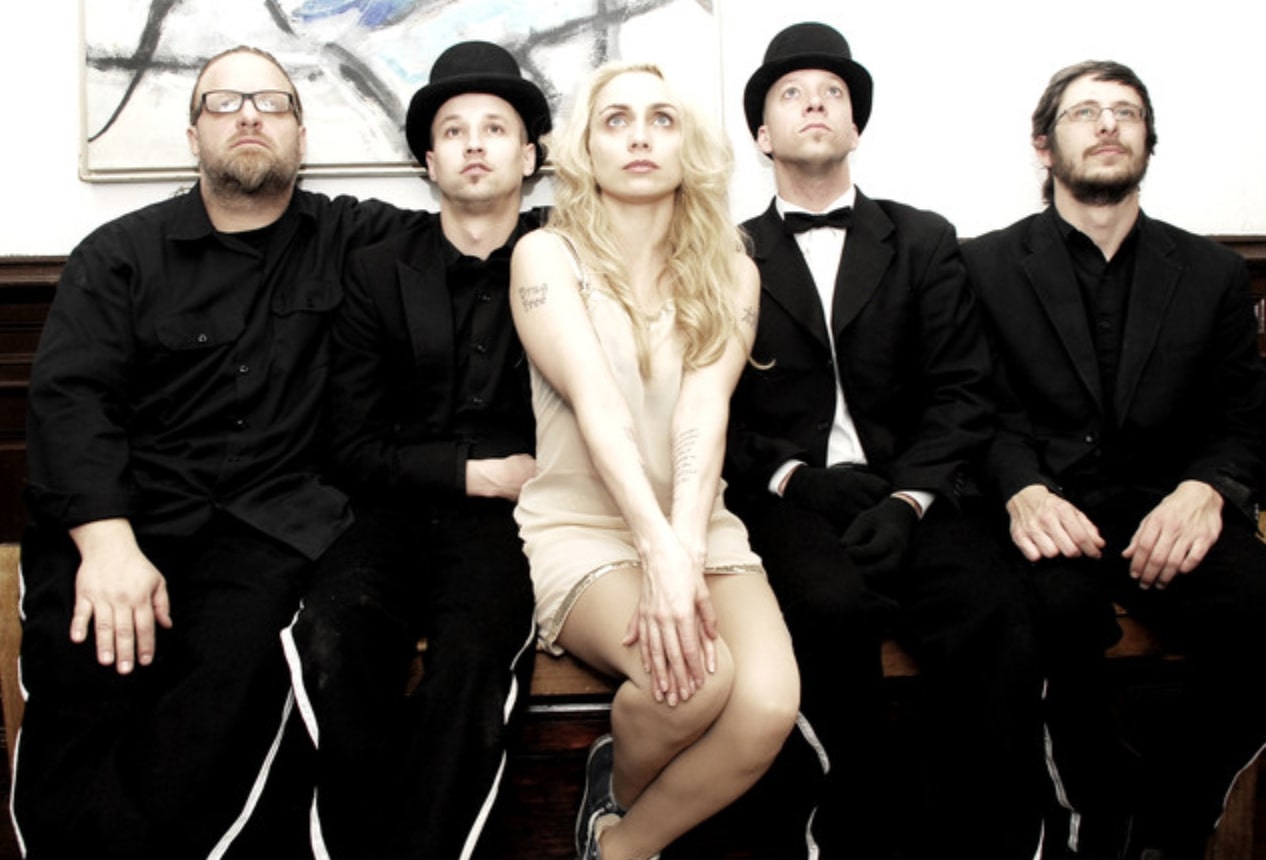 Crahan and Pfaff are the two on the left side of the photo. Is this all the evidence we need to finally confirm that Slipknot’s Tortilla Man is Michael Pfaff? You be the judge.

Slipknot might have just unveiled the sickest lineup of all time for their second Knotfest Roadshow. Kicking off in May, the 17-show tour is bringing along A Day To Remember, Underoath and Code Orange.

The Knotfest Roadshow was a massive success last year when Slipknot brought along Volbeat, Gojira and Behemoth.

It seems that Slipknot really love touring. They’re currently on a massive European tour, from which they’ll head to Asia. Then, they’ll play Sonic Temple Music and Arts Festival in May before rocking metal fans to the core with 2020’s Knotfest Roadshow. Then a few more festivals, Knotfest at Sea, and Knotfest UK.

Last year’s Knotfest Roadshow saw Slipknot play to the biggest US crowds in their history, hitting 30 cities across North America throughout the summer. While this year, the show only hits 17 cities, we can expect the experience to be equally as great or even better. Check out the awesome announcement.

Slipknot’s Corey Taylor spoke on what Knotfest means this year.

“We set a precedent last year – Knotfest is a showcase where you never know what to expect. This year is no exception, Taylor says. “The bands we have represent all corners of our musical world, just like we do. And they’re exciting as hell. I can’t wait to watch and enjoy them along with the rest of the fans.”

Only adding to the hype, Underoath’s Chris Dudley commented on playing with Slipknot.

“When Slipknot asks you to come along for a summer of insanity, there are exactly zero questions to ask,” Dudley says. “You say yes. This is absolutely going to be one for the books….and we’re ready.”

Tickets for Knotfest Roadshow are expected to be in massive demand, given the limited cities and the popularity of everyone involved so don’t expect them to be available long. As usual, Slipknot has numerous VIP packages for extra experiences and goodies. All Vip info is available here. Tickets go on sale starting Feb. 7 at 10 a.m. local time here. A full list of all of Slipknot’s dates are below, with Knotfest Roadshow in bold.

Do you think Slipknot’s Tortilla Man is Michael Pfaff? Sound off in the comments below!