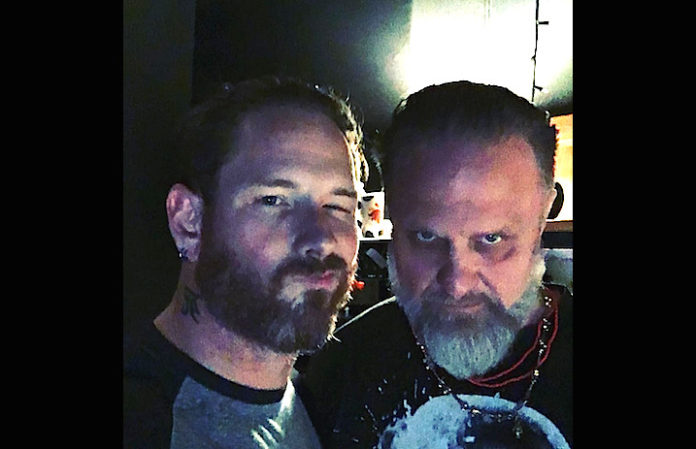 What were you doing on 4/20? Bandmates Corey Taylor and M. Shawn “Clown” Crahan were busy teasing the internet with a (seemingly in-studio?) selfie on Slipknot's social media, the caption proudly proclaiming, “2019”—see it below.

Read more: The next Slipknot album could be Clown's last

We've steadily reported on Slipknot's long-standing plans to follow up 2014's .5: The Gray Chapter, and it seems like the gears are finally turning toward a new album in Knot-ville. Corey Taylor started writing lyrics, Crahan had a bunch of material demoed, and it was hinted that next year will be high time for their sixth studio effort. Are you ready for it?

As hardcore Maggots are aware, the aforementioned follows a period of confusion that saw Taylor admit he hadn't yet heard any new Slipknot demos. (Well, he was busy on the road with Stone Sour.) But, now—finally—we're getting some solid evidence of Taylor and Crahan (at least) being in the same room together: a dimly-lit Twitter pic of the two.

Looks like 2019's the year, folks. Stone Sour guitarist Josh Rand even confirmed Taylor's plans to prioritize Slipknot in the coming months. So, hey, hopefully we'll have a new Slipknot disc before the members' own kids release one…