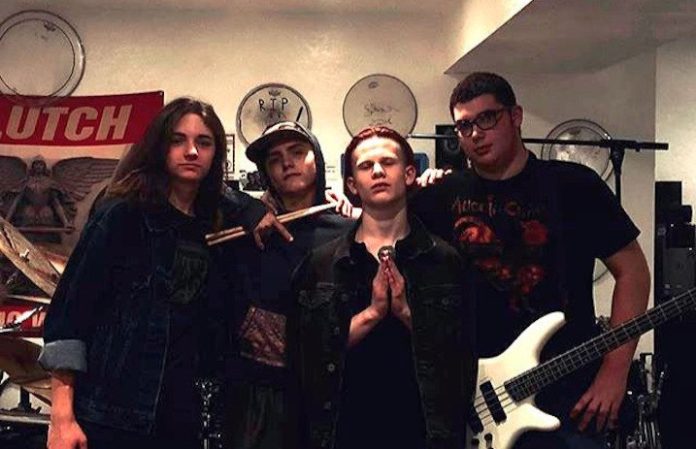 Guess what? Slipknot singer Corey Taylor and percussionist M. Shawn “Clown” Crahan each have sons, and those sons seem to have a band together—a band that covers Slipknot. Don't believe us? Just catch the latest vids from the chip-off-the-old-block rock ensemble below.

The acorn apparently doesn't stray far from the oak tree, as reported by Theprp.com. (I just googled “do acorns come from oak trees.”) That's right, one Griffin Taylor (vocals) and friend Simon Crahan (drums) are already establishing their own band, and they're getting things off the ground by youthfully honoring their fathers' tunes. Perish the Sacrament!

Watch the Slipknot scions do “The Devil In I” (from .5: The Gray Chapter) and “Dead Memories” (All Hope Is Gone) in the below YouTube videos. The band also introduce a new bass player in the Instagram post after the clips.

Meanwhile, we should have a new album from the, you know, actual Slipknot coming down the pike here in 2019. Rock 'n' roll dads Taylor and Crahan are currently working on lyrics and music for the forthcoming release, respectively.

I am my father's son:

Hello everyone, @jeremiah_pugh_clyw is are new bass player and he’s sliding great and I sat down with him and talked with him so he could be in our band so welcome man it’s a honor… photo creds @chayceb1