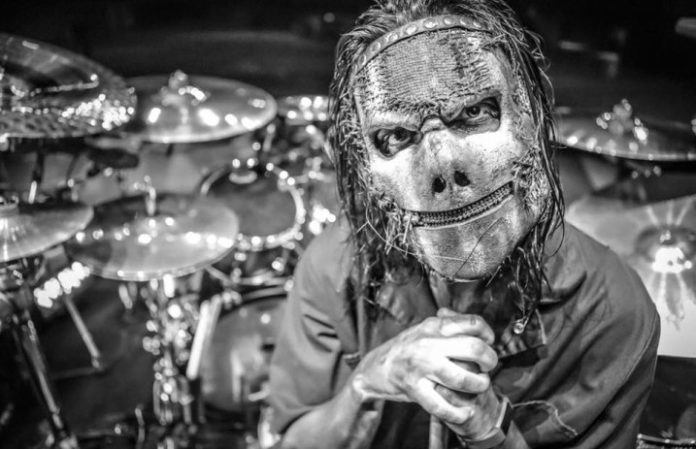 If you didn't know, Slipknot's Jay Weinberg is a second generation drummer. His father, Max, is a highly respected stick handler himself, known for his work with Bruce Springsteen's E Street Band and his time on Conan O'Brien's late night shows.

But in a recent interview with Rolling Stone, Max Weinberg opened about his son's work with Slipknot, and how he feeds off of his son's career more than his own.

When asked what it's like to see his son playing such a different style of music compared to his own, Max had this to say:

“Jay is an unbelievable drummer. Two years in a row he's been named the best metal drummer out there. They have very dedicated fans and their music is intense, and I like intense music. It's complicated. I couldn't do it. I've seen him up close and I don't know how he does it. I had nothing to to do with it. He taught himself. He'll be 27 this year and he's just a killer drummer and a great kid. It's so much fun for me to see him play, and he's a virtual artist. He lives in Nashville. He's doing quite a bit of stuff. He's writing songs on his own and the band is making plans to do another record, a follow-up to the last one, which did very well.”

When he was asked if he watches from the crowd when attending a Slipknot show, Max said:

“I don't go up front. I won't go up front since I'd get knocked around. I watch on the side of the stage or at the board. The drums and the vocals are the loudest things in the mix and the way he plays double bass, he's got one of those drum sets and uses all of it. That's been very pleasing for me. The other night we got an audible for “Radio Nowhere” and I never play that song without thinking of Jay because everyone says that Jay just kicked my ass on that song and played it so much better than I did. I stole a lot of the licks he used on that song.”

You can see the performance of “Radio Nowhere” that Jay's dad was talking about below. Pretty cool to hear some kind words from a legendary drummer, and even cooler to know he's a fan!

He recently thanked fans and Slipknot themselves for taking him on the .5: The Gray Chapter journey.