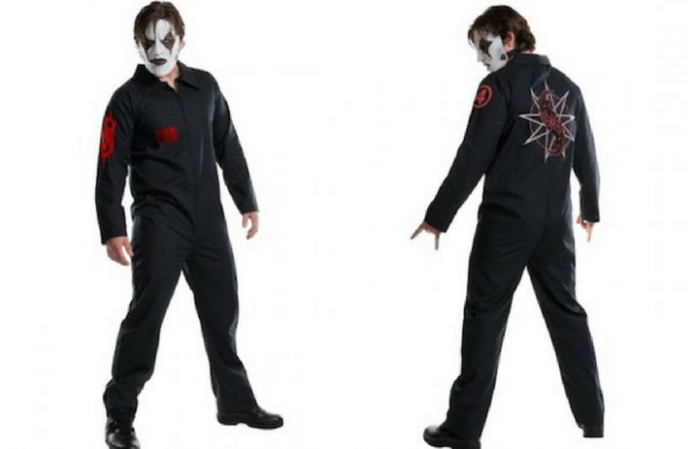 Looking for the perfect Halloween costume that’s riding the periphery of creepy and totally awesome? One more question. Are you a Slipknot fan?

Even if you’re not into the band, you can’t argue how cool these new licensed Slipknot replica jumpsuits really are. They’re just like ones the band wears, an important extra layer to any Slipknot costume in addition to the ever-changing masks that have evolved over the years.

If you’re worried these are just another cheap costume meant to wear once or twice and then have it fall apart, they appear to be constructed quite well. They’re made out of polyester an cotton with a front zipper adorning the front. Each suit has a bar code on the chest and the familiar Slipknot tribal “S” on the shoulder, with imagery on the back of the jumpsuit. You get special decals with each one that give you the numbers that correspond to each band member so you can further customize your suit to look just like your favorite band member.

The jumpsuits are available via HalloweenCostumes.com as well as the official Slipknot site if you feel the burning desire to emulate the rockers. You can also buy the masks at either location to complete the ensemble.

This is a costume that pretty much anyone can rock, and there’s little prep involved. Just grab your jumpsuit, put it on with your mask, and strut outside. People will be thinking you’re Corey Taylor in no time this Halloween.