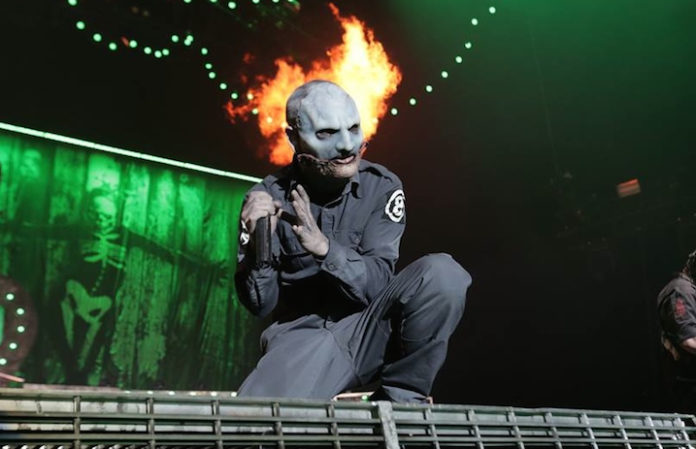 It looks like Corey Taylor's putting pen to paper for new lyrics to Slipknot's next album. On Saturday, the singer (and Stone Sour frontman) posted a preview of his latest work-in-progress Knot-words to Instagram—see the post below.

While Slipknot's M. Shawn “Clown” Crahan has hinted that the band's impending full-length will likely be his last, the musician's still been woodshedding new material for the group. And after some initial confusion last year when Taylor said he hadn't even heard the new Slipknot demos, due to his ongoing world tour with Stone Sour, the vocalist later appeased fans with the news that he listened to six fresh Knot tunes. (Which he called “awesome,” as noted by Metal Injection.) Now, it seems Taylor's finally putting his money where his Great Big Mouth is: He's sitting down and knockin' out some lyrical stuff for that upcoming sixth Slipknot album.

As for when the band will actually get into the studio to properly record the new release, Taylor told Musik Universe that Slipknot's new one should be ready in “2019, sometime in that year we will definitely be recording it. We'll finish writing it, record it and be ready to go on the road.”

The working title for Taylor's posted lyric appears to be “Birth Of [?????],” as pointed out by MetalSucks, with the latter half of the song heading obscured by the musician’s pen. See if you can make out the rest of the singer's words here: