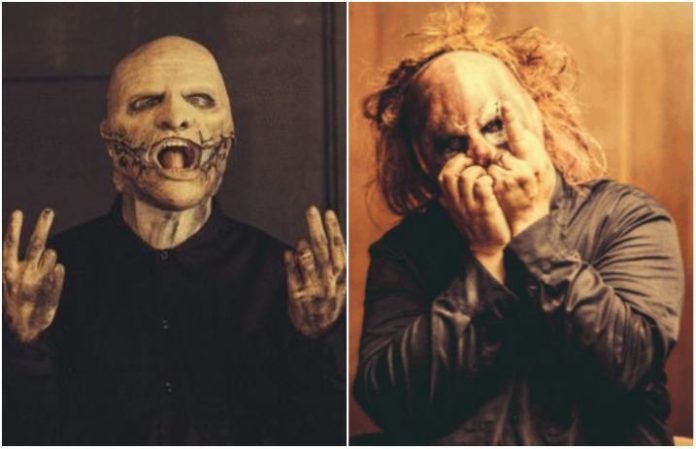 Corey Taylor has responded on Twitter that he “just spoke to the [Slipknot] guys” and will be “hearing new music soon.” He says, “Take these 'Slipknot' clickbait 'news stories' with a grain of salt.” Read the full post below.

Everybody do me a favor and take these ‘Slipknot’ clickbait ‘news stories’ with a grain of salt. I JUST spoke to the SK guys and I’ll be hearing new music soon.
Fuck these damn sites…

Members of Slipknot may be woodshedding new music—material earmarked for what will be the band's first studio album since 2014's .5: The Gray Chapter—but lead vocalist Corey Taylor hasn't heard any of it.

Read more: How does Slipknot's Clown feel about scary clowns?

As noted by Theprp.com, Taylor says he has “no idea” what's happening with the in-progress tunes that his Slipknot bandmates are currently working on. “I haven't even heard any of [it],” he tells Full Metal Jackie. “In true Slipknot fashion, I'm being told through the press that this is all going on.”

And what is going on? Well, as the band's M. Shawn “Clown” Crahan tells AP, the group have been getting together to work on new tunes. “We now write all the time,” he says. “We get together every four months just to write. Sometimes the magical juices are happening, sometimes they’re not.”

Apparently, the magical juices have been happening. It was recently reported that Slipknot already have eight new songs written for an upcoming release. “We wrote 50 fucking ideas,” Clown tells Metal Hammer. “We spent two weeks organizing all that and also adding some stuff that was written a year ago. We have over 27 ideas ready to go—seven or eight of them are full songs.”

“Myself, Jim [Root, guitar] and Jay [Weinberg, drums] went to L.A. and organized everything we had written out on the road,” Clown says. Taylor's out on the road himself, touring Europe with his other band, Stone Sour, which probably explains the disconnect between the frontman and his Slipknot brethren.

“We still got another year and a half of touring with Stone Sour to do before I even start to feel the twinge of Slipknot,” says Taylor. “But by the time I'm done doing that, I know that I'll be in the mood to really focus on [Slipknot].”

We can't wait until we're allowed to hear it, either.