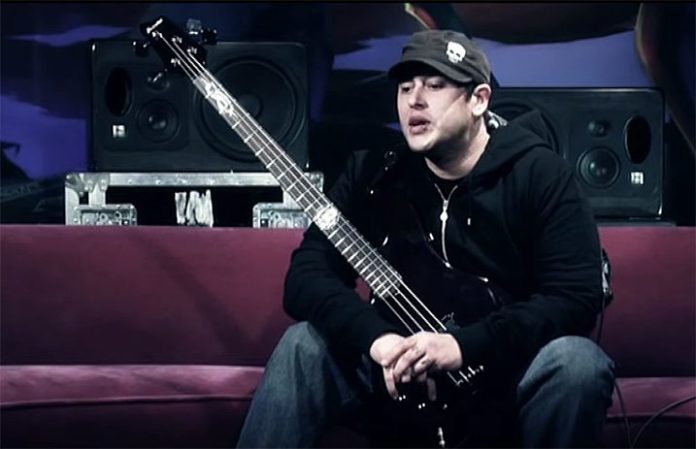 Paul Gray's family got a settlement in a wrongful death lawsuit against the late Slipknot bassist's physician, Dr. Daniel Baldi.

According to the PRP, the suit was filed against Baldi and the hospital where he worked, UnityPoint-Des Moines, for “recklessly prescribing pain medications to at risk patients,” which led to Gray's death. Gray died from an accidental overdose of morphine and fentanyl in 2010.

The lawsuit, filed on behalf of Gray's daughter, October, was scheduled go to trial on Monday, Jan. 22, but ended up being settled over the weekend, reports the Des Moines Register.

The newspaper notes Baldi's lawyer, Connie Diekema, confirmed the settlement, but declined to release more information about it. Diekema says the case was the last lawsuit filed against the doctor regarding patients' deaths.

Gray was an original member of Slipknot, appearing on each of the band's releases through 2008's All Hope Is Gone. He also contributed to Drop Dead, Gorgeous' 2007 album, Worse Than A Fairy Tale and Reggie And The Full Effect's 2008 album, Last Stop: Crappy Town.