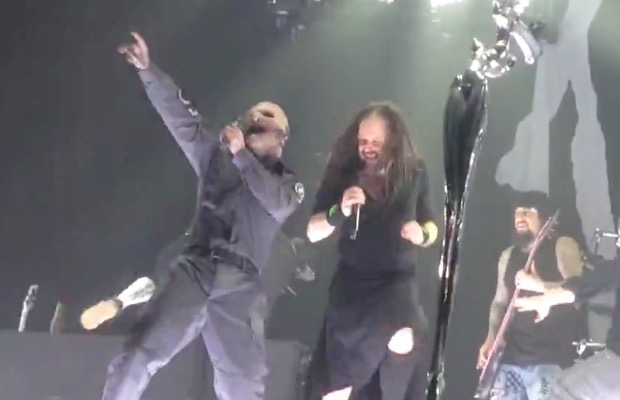 We have a Slipknot and Korn collaboration on the way.

Slipknot frontman Corey Taylor will be featured on a song from Korn's forthcoming new album (via Metal Hammer). Read what Korn guitarist James “Munky” Shaffer had to say in full below.

“We have Corey singing on one track and it’s going to be a fan favourite because he really lets loose,” Shaffer reveals. “On a heaviness scale of one to 10 with 10 being the 1994 self-titled, this album is a definite nine.”

The new record, still without a title, will be Korn's 12th and is expected to be released later this year. Shaffer adds that the band have been working like “a well-oiled machine” after guitarist Brian “Head” Welch returned in 2013.