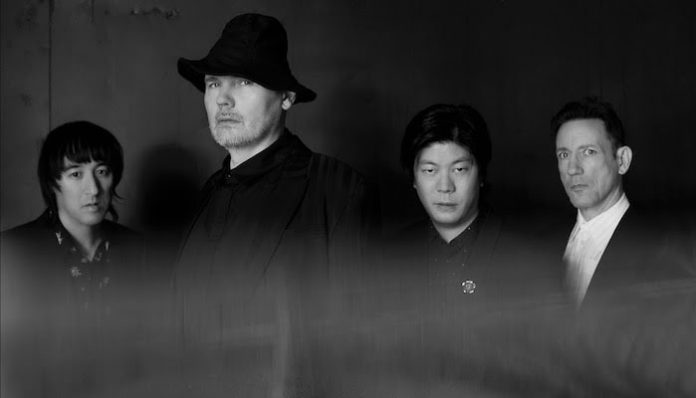 The Smashing Pumpkins are giving fans another glimpse into their forthcoming album Cyr.

On Friday, they unveiled not one, but two new songs called “Ramona” and “Wyttch.” As well, the Smashing Pumpkins have released a dramatic new video for “Ramona.”

The Smashing Pumpkins are gearing up to release their highly-anticipated double album Cyr on Nov. 27. Although we are still nearly a month away from its release, the Smashing Pumpkins have offered plenty of looks into what listeners can expect from the new LP.

The album’s title track is continuing to climb Alt Radio charts in the U.S. Currently, “Cyr” is sitting at No.27 and was the No.1 most added song upon its release. As well, they have also released seven other songs including “Anno Satana,” “Birch Grove” and “Wrath.”

Now, the Smashing Pumpkins are teasing even more of their upcoming album this week. On Friday, they unveiled two new songs called “Ramona” and “Wyttch.” “Wyttch” dives deep into the band’s heavier and dark sounds, greatly showcasing their cross-genre tendencies and continuous innovation over the years.

“Ramona” is a synth-filled track that shows a gentler side to the legendary band. For the song’s video, the band took inspiration from the Wild Wild West for a surreal gothic-Western inspired love story. The video was directed by Linda Strawberry and features the Smashing Pumpkins’ founding members Billy Corgan, James Iha, Jimmy Chamberlin and guitarist Jeff Schroeder.

Along with Cyr, the Smashing Pumpkins also have plans in store for the 25th anniversary of Mellon Collie and the Infinite Sadness and the 20th anniversary of Machina. On Oct. 22, Billy Corgan confirmed that the band are working on a 33-track sequel to the 1995 and 2000 albums.

Read more: Here’s how a lawsuit led to Bring Me The Horizon and Amy Lee’s collab

“It’s kind of a rock opera,” he said. “We feel like in many ways this completes the circle on everything we started and weren’t able to finish at that time, so we’re very excited about [it].”

Corgan also teased that the Smashing Pumpkins plan to announce the world arena tour for the Mellon Collie and the Infinite Sadness anniversary in 2021.

The “Ramona” video and “Wyttch” are available to stream below.

What are your thoughts on the Smashing Pumpkins’ new songs? Let us know in the comments below.