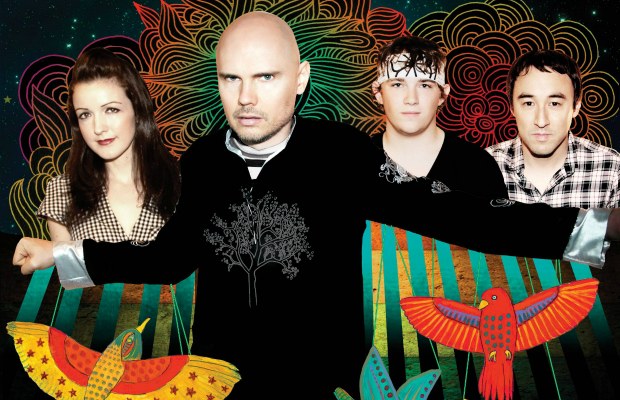 Smashing Pumpkins will release their new album Oceania on June 19. The 13 track record, the band's seventh album overall, is part of their larger 44-track work-in-progress release Teargarden By Kaleidyscope. Frontman Billy Corgan commented on the record, via press release:

“We worked for a time in an empty movie theatre in Sedona during the winter months of early 2011, sketching out some primary versions of the songs while trying to dial in the emotional terrain we were seeking. In that kind of process it wasn't that unusual from past records where I'd worked with a band as a unit to help me define a set of templates to work towards. We'd just come off the road, and had a good sense of what was no longer working in our eyes from a dynamic point of view. We worked hard to create space in the music, but not lose any of the emotive power that I like to have behind my songs.

From a production standpoint I was dead set on making an album where every song was just as valuable as any other, ignoring the typical claptrap you hear about needing a single.  The only way to make the case that every song on Oceania is worth hearing is to put your heart into the sequence as a cohesive whole. Once we felt we'd achieved that balance, only then did we let anyone outside our world hear the record we'd made. The chance to work within the EMI system again felt right to me. But unlike years in the past where I was under a set contract and beholden to a set of external forces which didn't always fall in our favor, in this set-up they are now our partners in putting Oceania out to a wider marketplace than we could reach on our own.”

Check out the cover art and track listing below.