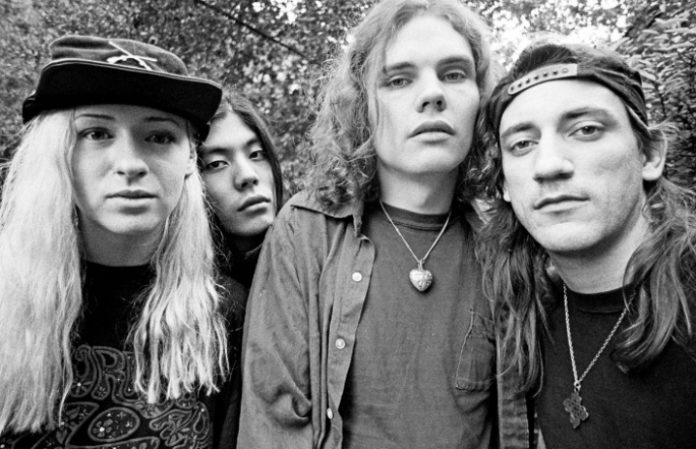 There's been plenty of drama to unpack before the clock strikes on a rumored Smashing Pumpkins reunion, and the hits just keep on coming. Former bassist D'arcy Wretzky is now calling frontman Billy Corgan manipulative for apparently rescinding an offer to take part in the reported reunion.

But first, let's recap, shall we? Last month, Corgan teased a reunion of the Pumpkins' classic lineup with studio pics of original members Jimmy Chamberlin and James Iha. This was followed by Wretzky's comments to BlastEcho that she won't be participating, saying it's a “huge disappointment” that the band “has decided to go with a different bass player.” Then, after leaked shots from a photo shoot featuring Corgan, Chamberlin, Iha and guitarist Jeff Schroeder were uncovered, Corgan threw shade at Wretzky by essentially saying that any one of them could play bass in her stead. And, really, what would a Pumpkins reunion be without a lot of drama, folks?

This weekend, a countdown clock was unveiled on Smashing Pumpkins' official website—so it looks like we'll be getting some sort of official reunion news later this week. In the meantime, Wretzky is detailing how she was cut out of the Pumpkins' reunion plans in a new update with BlastEcho.

Wretzky claims that Corgan initially made an offer to her, Chamberlin and Iha to come along for the SP reunion—an offer apparently agreed upon, at the time, by all parties. However, Wretzky contends the Pumpkins leader told her, “well, that wasn't a real offer,” a few weeks after the fact. As for why Wretzky's offer was revoked, the former bassist says “that is a whole other can of worms.”

As reported by Consequence of Sound, Wretzky apparently made public a text message from Corgan that seemingly addresses the bassist's proposed involvement with a coming reunion. Here's what the text supposedly said:

“[A]s far as you not being involved, there was never any decision to shut you out, or make you not welcome. It's more about getting on the same page with [the] tour first and then… so focus on [the] tour and I think we can find the right way to have you involved. I know speaking with Jimmy, he wants you involved so that the tour is the best thing we can all give the fans.”

“People might be getting sick and tired of being manipulated by Billy,” Wretzky told fans on Facebook, per NME. “Billy's ship… which keeps sinking every time he tries pulls this ship. I abandoned it in 1999 'cause I knew it was sinking. He was beyond helping. His ego & insecurities spun out of control and I could no longer reel him in, which had been a very large part of my role for many years.”

Further, Wretzky claims that Iha's siding with Corgan on shutting her out of reunion plans, and she has a few words for the guitarist: “I am totally disgusted with James,” she tells BlastEcho. “He should be ashamed of himself.”

On Monday, Wretzky plugged the latest BlastEcho piece on her Facebook page and offered another supposed text from Corgan. See that below, and let us know your thoughts on the Pumpkins reunion in the comments.