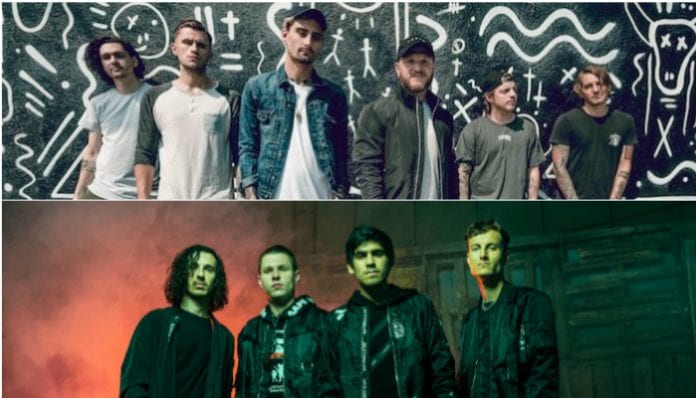 The 2019 So What?! Music Fest isn’t done announcing great bands! Both We Came As Romans and Crown The Empire have now jumped in on the upcoming festival’s lineup, after a joint tour among the two acts was revealed yesterday.

This is in addition to the previously announced, scheduled sets from headliners Beartooth, Of Mice & Men, Parkway Drive and Killswitch Engage. Are you ready to check out the So What?! Fest? See the full lineup poster, directly below.

Late last year, they revealed the 2019 fest is set over two days, April 27-28, at Oak Music Hall in Houston, Texas. Beartooth and Of Mice & Men are set to perform April 27, and Parkway Drive and Killswitch Engage will play on April 28. The previous festival in March 2017 included Attila, The Story So Far, Dance Gavin Dance, Every Time I Die and more.

But in November 2017, the festival posted the news that they were taking a break to their Facebook page:

“To address the elephant in the room, we wanted to officially announce that we will NOT be having So What?! Music Festival this coming March.

“The last 10 years of the festival have been amazing and incredible and even life changing for our team. We have watched young bands like A Day To Remember, Sleeping With Sirens, Of Mice & Men, Beartooth, and more grow up through the festival and go on to do huge things while also being able to book the bands we grew up on like Taking Back Sunday, The Used and New Found Glory. We have been able to mix in artists we love that don’t necessarily fit the mold like Riff Raff, G-Eazy, Pouya, Fat Nick, and more.

“Our team is spending some time reflecting on the last 10 years and planning the next 10. We are working behind the scenes to bring the next chapter of So What?! Music Festival to life. Stay tuned for announcements.”

However, the festival first teased a return in August 2018, posting a video with the hashtag #sowhatmf.

Will you be attending this year’s So What?! Music Fest? Tickets are available now. Sound off in the comments section, below, with your thoughts on the stacked 2019 lineup for the newly expanded music festival event in the Lonestar State.