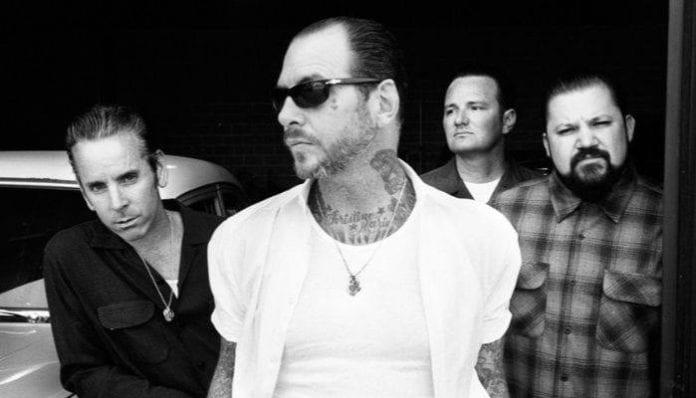 Social Distortion frontman Mike Ness has been accused of repeatedly punching a pro-Trump fan in the face during a Sacramento gig on July 19.

At the California show, Ness began discussing ICE and called Donald Trump a “bigot” and a “racist” onstage, which ignited anger within a few fans in the crowd. The accuser, Tim Hildebrand, claimed in an interview with CBS Sacramento that he stuck up his middle finger in protest and shouted, “I paid for your music, not your politics.”

The Republican fan said that he kept his middle finger in the air for a few more songs until Ness called him up to the stage during their encore. Ness allegedly spat in his face and started cursing at him. The vocalist then took off his guitar, jumped down from the stage and began punching Hildebrand repeatedly in the head. You can watch a video of the incident below.

While much of the incident was not caught on tape, Hildebrand claims that he could not defend himself because fans were holding him back. It wasn’t until security guards pulled Ness off Hildebrand that the singer stopped, according to the accuser.

At the end of the quarrel, Hildebrand claims that the vocalist gave him a concussion, two black eyes, a busted lip and a loose tooth.

You can watch a full report from Hildebrand below.

Social Distortion have yet to make a statement about the accusation. Sacramento police are aware of the occurrence and are currently looking into the case, according to CBS Sacramento.