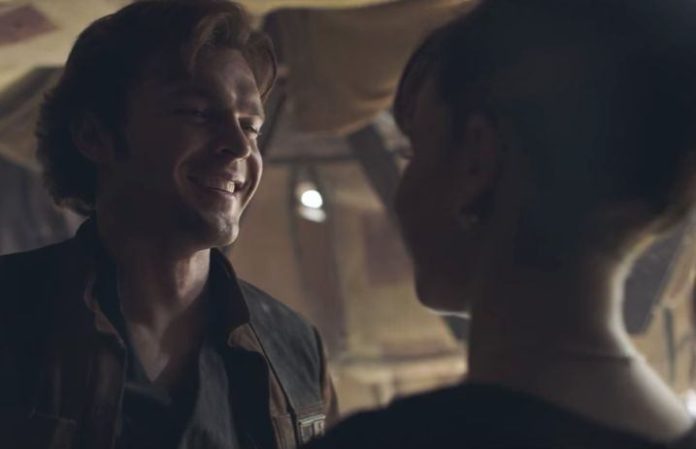 We've finally been given a first official look at the forthcoming Star Wars film, Solo: A Star Wars Story, and safe to say: We're stoked to see the movie this summer.

After a super brief introduction to Emilia Clarke's Qi'Ra, Woody Harrelson's Tobias Beckett, Donald Glover’s Lando Calrissian and Chewbacca during last night's Super Bowl, we finally get to see more of all the characters—especially Alden Ehrenreich, who stars as main character Han Solo.

Watch the thrilling first trailer below (and get excited for its May arrival!):

As previously reported, the plot teases first introductions, “daring escapades” and a journey that “sets the course of one of the Star Wars saga's most unlikely heroes.”

Solo: A Star Wars Story is set to be released May 25.