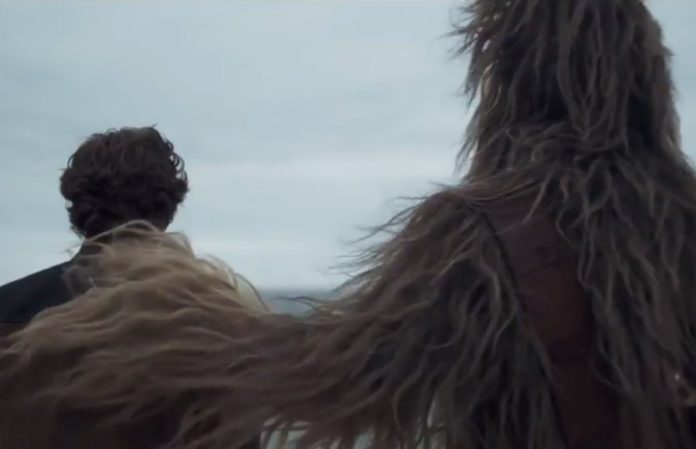 We've finally been given a first official look at the forthcoming Star Wars film, Solo: A Star Wars Story, and truth be told—we're on the edge of our seats. A lot was shown in the few brief seconds during tonight's Super Bowl.

Coming this summer, it's hard to believe that this is the first footage that's been released from the film so far. The teaser begins with an Imperial officer asking a recruit what branch he’s interested in joining. “I’m going to be a pilot, the best in the galaxy,” the officer's told.

A multitude of cast members are shown quickly throughout the snippet including Emilia Clarke's Qi'Ra, Woody Harrelson's Tobias Beckett, Donald Glover’s Lando Calrissian and Chewbacca. We only get a brief glance at the end of Alden Ehrenreich, who stars as main character Han Solo.

Check out the teaser below:

As previously reported, the film's plot teases first introductions, “daring escapades” and a journey that “sets the course of one of the Star Wars saga's most unlikely heroes.”

It was reported earlier this year that another classic Star Wars character might be making a return to the big screen as well: That’s right, Darth Vader.

Solo is the second in an anthology of stand alone Star Wars movies. The first movie, Rogue One: A Star Wars Story, was released in December of 2016. The Guardian reported back in September that a third movie is set for 2020.

Solo: A Star Wars Story is set to be released May 25—and we have to be getting a full-length trailer soon!

Are you excited for Solo: A Star Wars Story? Let us know in the comments!