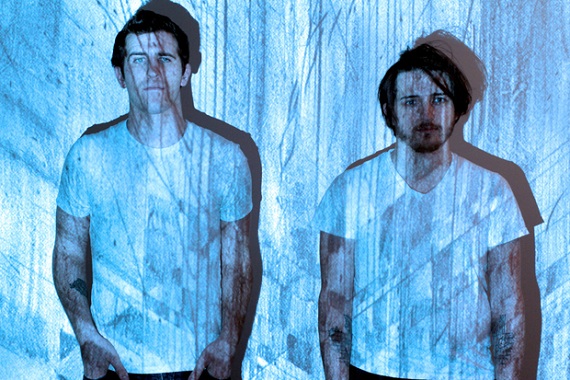 Some Stranger, the band fronted by former Daytrader singer Tym, are streaming a new song titled “Cosmic Dust (Call 911​).” The track is culled from their debut studio album, Meet In Secret, Speak In Code, which saw them recording at Studio 4 in Conshohocken, PA with Will Yip (Polar Bear Club, Balance And Composure) and Maxmimum Sound in Danvers, MA with Gary Cioffi (Transit, Misser). Full details on the album's release have not been revealed.

“It was the last song we wrote and recorded for the record, well into the studio process; but it came together with such ease in a way that surprised us. Tym and I agreed it was just a strange unique gem of a song and it had to have a home on the record. Its a great representation of one end of the new album's constantly moving spectrum of Tym's vocal sensibilities meeting my approach to musical arrangements and tonality, and we couldn't be prouder of it,” commented guitarist Daniel Danger.