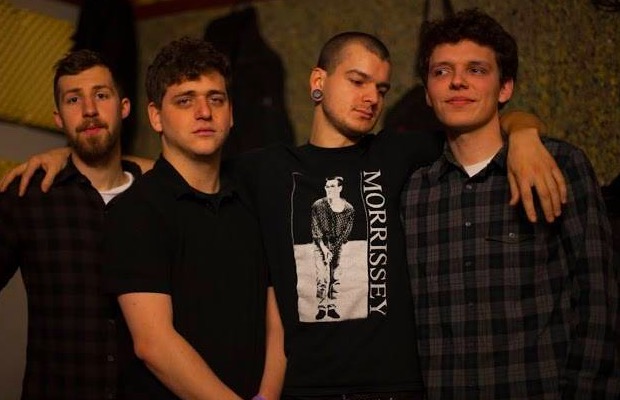 Due to mental health issues stemming from frontman Michael Fiorentino, Somos have dropped off of their upcoming tour with Dads. You can read an official statement from Fiorentino below.

Read our review of Somos' recent split with Sorority Noise.

Somos released their debut full-length album, Temple Of Plenty, in 2014 via Tiny Engines. They later signed with No Sleep Records in the fall.

We have some unfortunate news to share: we are no longer on the February tour with Dads and Roger Harvey. Dropping a tour is a tough thing to do, and I want to be very open about why we came to this decision. I have struggled with anxiety and depression, and it eventually built up to the point where touring in February was daunting and unmanageable. I recently started to get serious about treatment, but we want to have a few months off while I pursue the goal of dramatically improving my mental health.

We plan on continuing to tour and make music, once I take the proper time to address my health. We sincerely apologize to Dads and Roger Harvey, as well as to anyone who bought advance tickets.