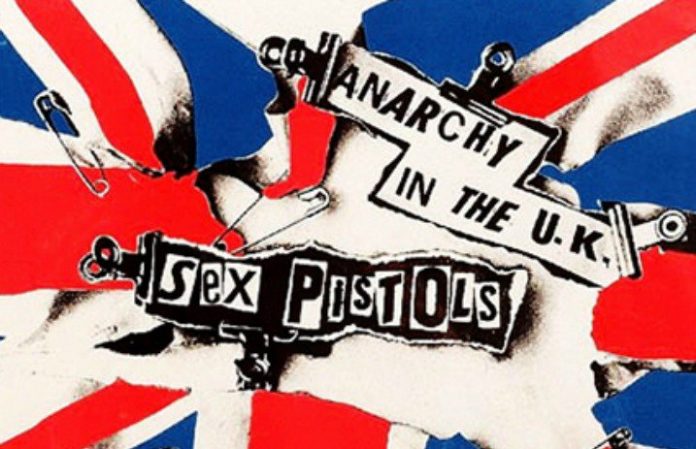 Joe Corré is the son of Malcolm McLaren and Vivienne Westwood. McLaren is the late manager of the Sex Pistols, while Westwood was truly responsible for helping bring punk fashion into the mainstream and really distingushing punk fashion from anything else. With parents like these, Corré is essentially punk royalty.

Being punk royalty gives you some certain perks, such as owning $6 million worth of rare punk merchandise. Some of this exclusive merchandise includes an acetate of Sex Pistols’ “Anarchy in the U.K.,” or clothes worn by frontman John “Johnny Rotten” Lydon. These are truly artifacts that represent an important saga of music history. However, Corré disagrees.

That original acetate which Corré burned on Nov. 22 was originally put up on eBay for charity. But when the acetate only went for $77,770 instead of meeting it's reserve of $1.2 million, Corré decided to burn it along with all of the other merchandise. Watch Corré burn the rare record along with a turntable (via Dazed):

This decision to burn millions worth of punk merchandise comes from the recent notion of punk being more mainstream and accepted, especially in the United Kingdom.

“The Queen giving 2016, the Year of Punk, her official blessing is the most frightening thing I’ve ever heard,” said Corré in a press release. “Talk about alternative and punk culture being appropriated by the mainstream. Rather than a movement for change, punk has become like a fucking museum piece or a tribute act.”

Corré will be burning the rest of his collection on Nov. 26 in the Camden District of London, inviting “fans” to come out and join him.

This entire series of events has been documented in Burn Punk. This documentary, being filmed for British television, is being produced by both Corré and Andrew Eborn. Andew Eborn works for Octoupus TV and had this to say regarding the documentary: “We are proud to be working with Joe Corré chronicling this momentous occasion. This is a pivotal part of popular cultural history and a catalyst to raising awareness of key issues, questioning authenticity and resisting propaganda whilst underpinning the DIY creative empowerment for change and offering solutions.”

If you're like myself and want Corré to reconsider, he's already offered his answer to us: “Bollocks! It’s my stuff, I can burn it if I want to, and I think it’s probably the best thing to do with it.”