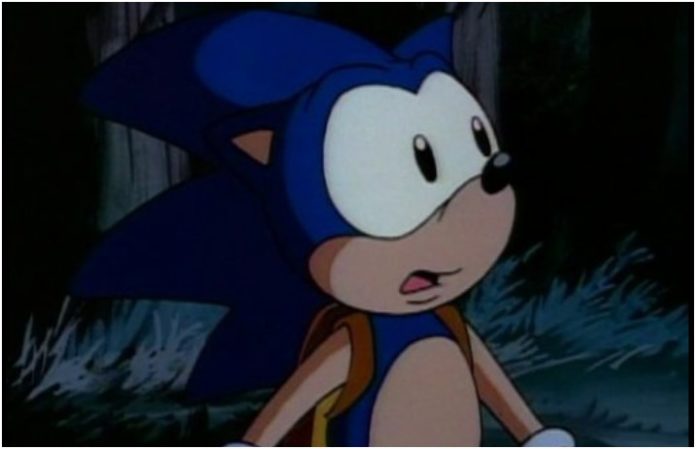 '90s kids, rejoice! Our favorite blue hedgehog is once again racing his way into our hearts, with a movie set to debut in 2019. Safe to say—we're excited.

As Variety reports, a live adaptation of one of the world’s favorite video game characters will be gracing the big screens just in time for a holiday season release Nov. 15, 2019. There’s not a whole lot of information regarding the new film, but we do know that Paramount is planning to follow a similar blueprint to the upcoming Detective Pikachu movie, starring Ryan Reynolds.

Speaking of Reynolds, the upcoming Sonic movie will have the Deadpool director, Tim Miller, on board as executive producer. While we're not exactly sure how the creative geniuses behind this film will recreate the beloved video game character, what we do know is there will be a combination of a few production and post-production techniques.

With a combination of CGI and live-action, we can assume the film will follow closely to the plot of SEGA’s video games that most of us grew up loving. The plot, for those of you who didn’t grow up on the Sonic games, follows Sonic and his friends as they collect coins and prevent the latest evil plans of Doctor Eggman.

While there isn't much to report on quite yet, we have a feeling this film is going to be pretty big, especially if the numbers are anything like the video game's sales. Just last year, the beloved hedgehog zoomed his way into making $360 million in games sales. We think it's safe to say that this film should be a hit.

Twitter users are sharing their excitement about the upcoming film:

I'm honestly really excited for the Sonic Movie, Heck, I'm even excited about the Mario Movie, and that's being done by freaking Illumination

Seeing what other movies share the same release day as the Sonic movie and yeeeeeaaaah Sonic's got no real competition.

The Sonic The Hedgehog movie is coming out next year, I gotta be honest I’m both excited and a little scared, if it flops then the franchise will take a massive hit but if it’s successful then it’ll probably ascend the franchise into glory #SonicTheHedgehog pic.twitter.com/rywvgj4lSA

What do you think of the news of the upcoming Sonic movie? Let us know below!