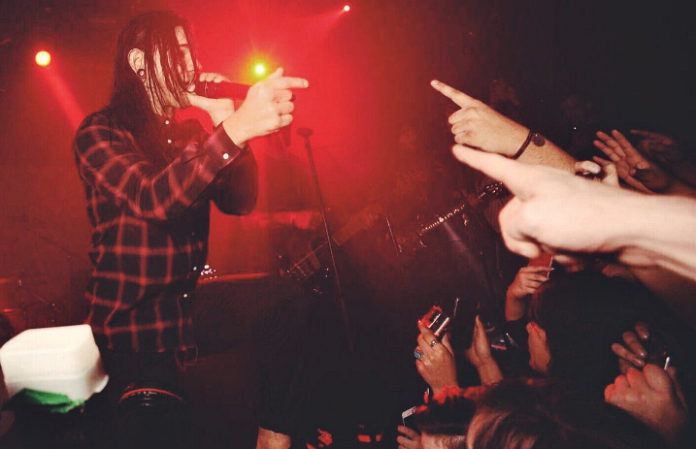 “How do I address a letter to my generation?/'Sonny' she said 'sing it in person.'”

Sonny Moore took this lyric from “The One Armed Boxer vs. The Flying Guillotine” to heart. Since releasing “Make War,” the first From First To Last Song with Moore, AKA Skrillex, on vocals in a decade, the band have not said much about whether there was more to come or this was a one time gift. Last night, he performed with FFTL for the first time since 2007 live at Emo Nite LA.

Read more: From First To Last release first new track with Sonny Moore in over 10 years—listen

From First To Last formed in 1999 originally with vocalist Phillip Reardon, who left the band in 2004. Moore then sang on the band’s following two releases, Dear Diary, My Teen Angst Has a Body Count and Heroine.Heroine peaked at the No. 25 spot on the Billboard 200.

The band played “Note To Self” and “Emily” last night.

See for yourself below:

yep so that just happened… @fftlast reunited with Sonny at emo nite. pic.twitter.com/l34WCDmifb

Last time I saw this song live I was in 6th grade ��@Skrillex with @FFTLAST at @emonightLA pic.twitter.com/3EhJAro4Hg

still shook ' such a great surprise ' where were you when this happened ? @Skrillex @FFTLAST @emonightLA #20072017 pic.twitter.com/I8jtM2OmzV