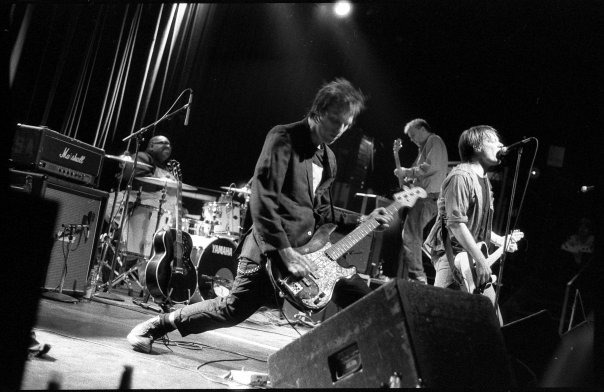 Alt-rock veterans Soul Asylum have recorded an album of punk covers for release sometime in the future on a to-be-determined format. Via Rolling Stone:

“While some time-tested punk pioneers were covered (the Stooges with 'TV Eye,' the MC5 with 'Shakin' Street,' etc.), there are quite a few lesser known tunes that were tackled as well, including 'Your Generation' by Generation X, 'Borstal Breakout' by Sham 69, 'Attacking the Beat' by the Suicide Commandos and 'Nazi Punks Fuck Off' by the Dead Kennedys.”

'The one that surprised the fuck out of me that I thought we did really well was Joy Division's 'Love Will Tear Us Apart,'” adds Murphy. “It's kind of a shoegazer, mopey song, but you put [on] some guitars and Dave singing, to me, it sounds pretty good.'”

The band, perhaps best known for their 1993 hit “Runaway Train,” will be releasing their tenth studio album Delayed Reaction on Jul. 17.