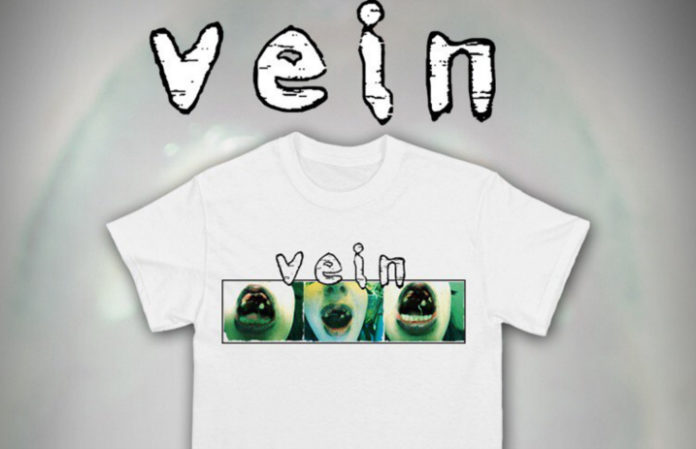 At this year’s Sound And Fury music festival, which took place June 9 and 10, one fan lost four teeth and broke her jaw during Vein’s set, and her response—as well as the band’s support—has been phenomenal.

Mary Reily has been going to shows for years now, and she tells Alternative Press that Sound And Fury is the one festival she tries not to miss. This year, she was stoked to see Vein—and is so happy she did get to see them. The band took to the stage the second day of the festival, and during their set, she ended up getting four teeth knocked out and broke her jaw.

“The moment was absolutely insane—literally seeing my teeth fly out of my mouth and then going into the bathroom and seeing the aftermath was pretty traumatic,” Reily explains. (Although, she does note that she is happy she got to see the band: “As much as what happened sucks, at least I got to see most of their set I guess hahaha.”)

helped fix me up a bit for now! Here's the after pic only, because the before pic is a bit too much for twitter pic.twitter.com/bVMZW9BtZD

She has launched a Gofundme to help raise the money to pay for her recovery, as she doesn’t have dental insurance. With a long road of recovery ahead of her, she has received amazing support from the band and the music scene. In fact, Vein have released a set of totally badass tees with Reily’s mouth printed on them to help raise the funds she needs.

Go pick up this shirt at https://t.co/OpxlaGj502
All proceeds will be donated directly to @maryxreily pic.twitter.com/OENEHVuWnF

“My recovery so far has been pretty good. I've gotten some temporary teeth put in right now to hold me over so I can at least look somewhat normal, and I have some upcoming dental appointments over the next month or so to get going on the process of getting everything fixed and back to normal,” Reily explains. And she continues to express her gratefulness for the hardcore scene that has showed her so much support.

“It feels really, really cool to have their support and those shirts are honestly the coolest thing ever. I never expected the immense amount of support I've gotten from the band, my friends, family and even strangers that I don't know. I am so grateful and thankful for all of it.”

Here's an update for those wanting to keep up! pic.twitter.com/YtMSlEdNYy

If you’d like to support Reily, check out her Gofundme page, or pick up a tee from Vein, with all proceeds going directly to Reily’s medical expenses.

We’re sending our well wishes to Reily and her continued recovery.