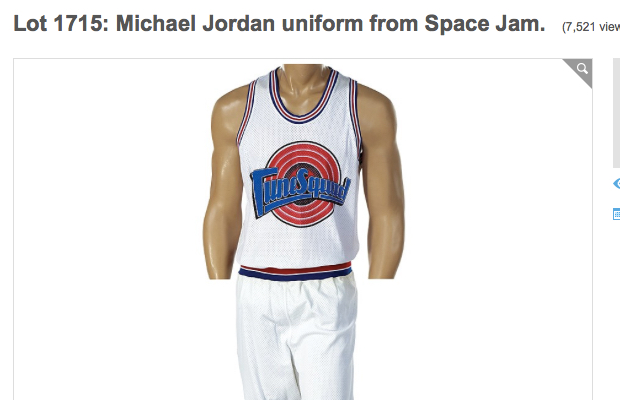 If you're a huge Space Jam fan and have roughly $15,000 lying around, we've got some good news for you. The Tune Squad uniform worn by Michael Jordan in the film has hit the auction house.

According to a listing on premiere auction house site Invaluable (think eBay but way more expensive), the full uniform will go up for auction with a starting bid of $10,000 on October 1. The auction includes Jordan's signature number 23 Tune Squad jersey as well as size 38 shorts. According to the Hollywood Reporter, the auction could end at anywhere between $10,000 and $15,000.

If you're up for spending a semester's worth of private American college tuition on movie memorabilia all at once, test your luck here.