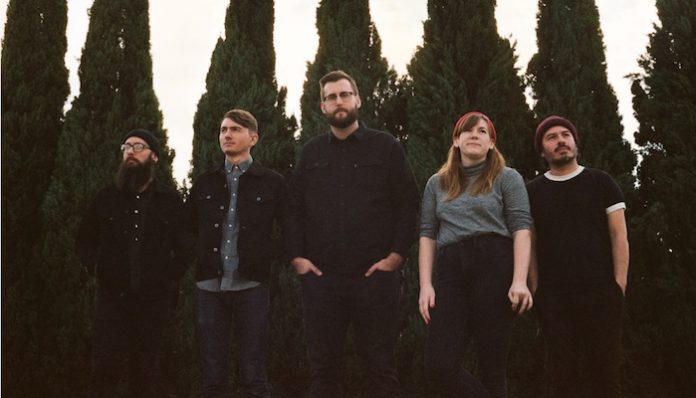 Spanish Love Songs have announced they’ll be releasing their third studio album Brave Faces Everyone on February 7, via Pure Noise Records. The band has also released a new single “Kick” with an accompanying music video. The album is set to release before setting on tour with The Wonder Years.

Guitarist and lead vocalist Dylan Slocum shared his thoughts on the new record, saying he hopes the new album will resonate with people so they don’t feel as alone. The songs are about looking outward and, despite some of our differences, we’re all just trying to get by.

“There’s comfort in knowing we’re on the same sinking ship. We want the album to be a knowing nod and a way to make the world a slightly more bearable, even if it’s just for 40 minutes.”

The single may lack in joyful exuberance but it makes up for a reality check on not only yourself but for the world and where it stands today.

Two things: 1. ICYMI we announced our new album “Brave Faces Everyone” yesterday along with pre-order bundles & our new single “Kick”. 2. It’s @yetis MF BIRTHDAY and she demands you wish her well by going to the link in our bio and checking it all out. Happy bday to our synth slayer.

Brave Faces Everyone is available Feb. 7 with preorders here. Check out the new song “Kick” and tracklist below.

Spanish Love Songs will set on tour in the U.K. with The Menzingers, kicking off on January 25 before hitting the road with the Wonder Years.

Back in November, pop-punk pioneers, The Wonder Years, announced a special, unique tour for 2020. The tour will consist of two sets per night. The first performance will consist of an acoustic set while the second will be electric. Two sets in one night? Absolutely.

Along with the two sets, TWY will be accompanied by Pool Kids, Spanish Love Songs and Free Throw.

The tour is perfect timing for Spanish Love Songs as Brave Faces Everyone will be released almost two weeks before shows kick-off. Check out the dates below and grab your tickets here.