Last year Spider-Man fans were delighted to see so many different versions of the superhero show up on the same screen in Spider-Man: Into The Spider-Verse, and if you enjoyed that you’re going to be very excited now.

Marvel has officially announced the animated film is getting a sequel that will arrive in theatres on April 8, 2022.

The film’s producer and writer, Christopher Miller, will also be back for the sequel as he shared the news as well.

The first film turned out to be a huge success for the studio, earning $375.5 million worldwide. It also took home multiple awards including Best Animated Feature at the Oscars and the Golden Globes.

No more details have been released so far, unfortunately. We’re expecting Shameik Moore and Hailee Steinfeld to reprise their roles as Miles and Gwen though, as well as Brian Tyree Henry as Miles’s father Jefferson Davis, Luna Lauren Velez as Miles’s mother Rio Morales and Kathryn Hahn as Doc Ock.

While Tom Holland didn’t get to appear in the first film despite a cameo being made, he may get another opportunity now. Given how well fans have received his version of the web-slinging hero and that he helped bring Disney and Sony back together to reach an agreement on their deal.

Are you excited about the ‘Spider-Man: Into The Spider-Verse’ sequel? Let us know your thoughts in the comments below. 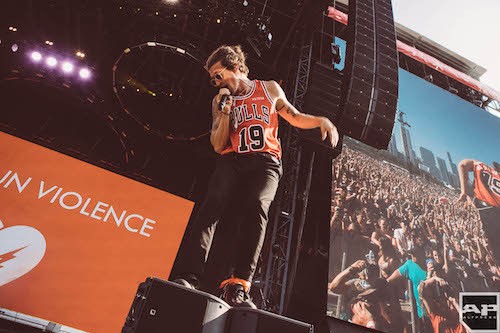