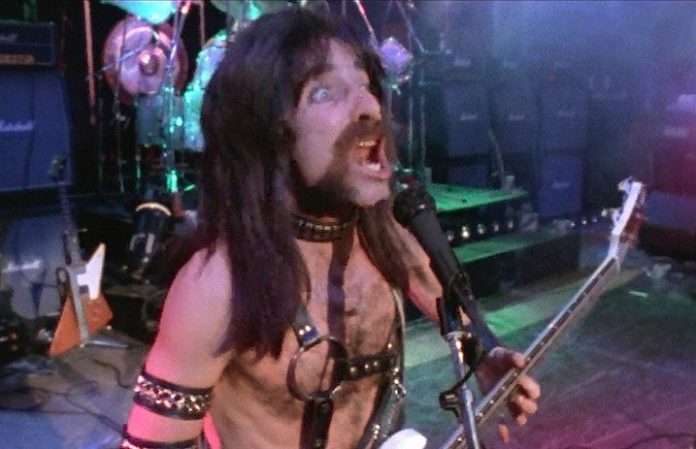 Derek Smalls—the hilarious Spinal Tap bassist portrayed by actor Harry Shearer, who's most famously known for his voice work on The Simpsons—returns this spring with a debut solo album, and he's enlisted the help of some Foo Fighters and Red Hot Chili Peppers members on the new release.

That's right, if you thought you'd seen all of Smalls' “Jazz Odyssey” wonderment from the defining mockumentary This Is Spinal Tap, get ready for the character's first solo LP: it's called Smalls Change (Meditations Upon Ageing), and it's out this April via Twanky Records/BMG, according to the NME.

RHCP's Smith (who may or may not kinda look like Will Ferrell) reportedly appears on a tune called “Rock 'N' Roll Transplant,” while Foos' man Hawkins will show up on a cut called “Butt Call.” (A “Big Bottom” redux, possibly?)

We hope the album cover is all black.

Watch more: 10 movies about rock (that aren't 'School Of Rock')