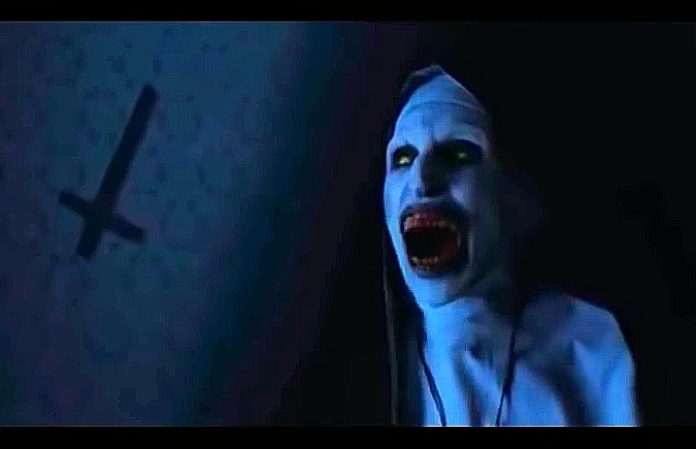 Horror movie fanatics, listen up. You know that terrifying nun from The Conjuring 2?

Well, New Line Cinema is creating a spinoff movie based on that spine tingling character, and its release date is currently set for July 13, 2018—which is, of course, a Friday the 13th.

Read more: The Purge is getting a fourth movie next summer

According to Variety, The Nun (aptly titled) began development a little over six months ago. It's being directed by Corin Hardy and written by Gary Dauberman and James Wan. The latter is producing.

Back in 2014, Annabelle—that creepy doll from the first Conjuring—got its own spinoff movie. A sequel is planned to release in August.

The Conjuring stars Vera Farmiga as Lorraine Warren and Patrick Wilson as Ed Warren. The first, which released in 2013, surrounds the haunting of a mom in Rhode Island. The second followed in 2016 and saw the haunting of a young girl in Enfield, England as the main plot.

Check out the Nun in the trailer for The Conjuring 2: