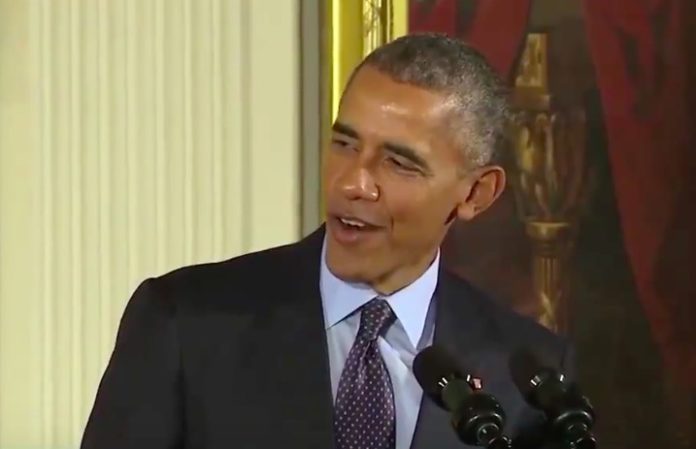 For those need working work, Spotify is looking for a President of Playlists, but be aware that the qualifications for the position are a little higher than what any of us are qualified for.

Some of the requirements include “Have at least eight years experience running a highly-regarded nation” and you must also have a Nobel Peace Prize.

Read more: President Obama is hosting his own music festival

It helps to have connections when you're applying for a job and President Obama definitely has connections over at Spotify. At a recent dinner featuring Ambassadors from all over the world, President Obama told the wife of the former US Ambassador to Sweden “I'm still waiting for my job at Spotify… Cuz' I know y'all loved my playlist.” This makes sense considering Spotify is a Swedish country.

Tonight President Obama invited all of the Ambassadors he personally chose to an intimate reception at the White House. I finally got the chance to thank him for the life-changing appointment to Sweden. He said word for word: “I loved visiting you in Stockholm, it was my favorite trip. I plan to go back there really soon.” I told him I have the perfect opportunity for him to come visit and he told me “to send him the details on Brilliant Minds.” He also declared– “I'm still waiting for my job at Spotify… Cuz' I know y'all loved my playlist.” I am still swooning. ���������� @barackobama @whitehouse ❤️. @symposiumsthlm So proud of Mark for serving this historic President with all his heart!! ��������

It also helps when applying for a position to have experience and President Obama definitely has experience making playlists. In 2015, he made his first two playlists for Spotify with an awesome Summer day and Summer night playlist that's a joy to listen to even when there's snow on the ground. Since then, the President also made a 2016 version of his Summer playlist along with a special Holidays playlist. Check out his first ever playlist for Spotify below.

When the position became available, Spotify CEO Daniel Ek actually tweeted out to the President making sure he knew that he wouldn't have to stay unemployed very long after he finishes his Presidency.

Hey @BarackObama, I heard you were interested in a role at Spotify. Have you seen this one? https://t.co/iragpCowpO

Recently,  the Obamas had a star-studded going away party featuring some amazing artists including Sir Paul McCartney, Stevie Wonder and even Beyoncé.