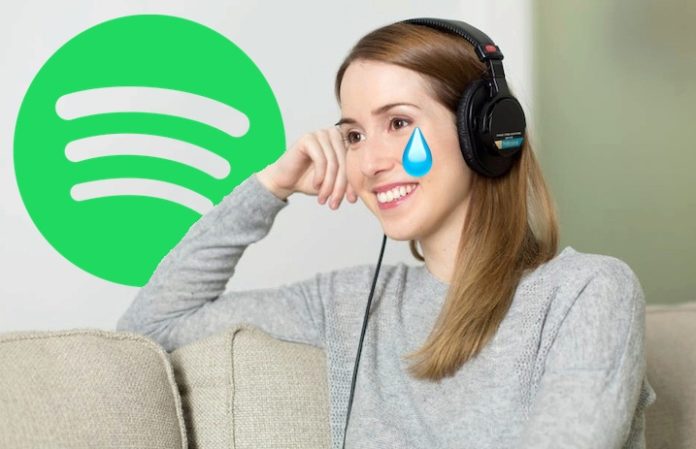 Spotify rolled out its Time Capsule playlists yesterday, and the throwback music selections the app's algorithms are cookin' up for listeners are reportedly spooky accurate. Will Time Capsule dig up your favorite jams as a teen?

Many Twitter users are currently flipping out over Time Capsule's insanely exact choices for their personal nostalgia playlists. Have you tried it out yet?

the first song on my spotify time capsule playlist was reggie & the full effect & i just wanna say YOU'RE GOD DAMN RIGHT, SPOTIFY

You know you're a true emo kid when Reggie comes up first!

Anyone else get the Time Capsule email from Spotify today? (a) Great email, (b) this playlist is giving me serious flashbacks. TOO accurate.

Spotify users are getting major flashbacks with Time Capsule.

Honestl, that playlist looks dead on.

Somehow my Spotify time capsule playlist put “Get Your Roll On” by Big Tymers first and now i'm entirely sure the computers will win.

Time Capsule may convince you that the computers will take over…

I'm not in the right place, emotionally, to listen to my Time Capsule mix @Spotify.

Of course, Time Capsule may be so accurate you gotta steel yourself.

I'm weirdly proud that Spotify's “time capsule” is so inaccurate for me, cementing my status as a true indie kid lol

Then again, you may be an indie outlier who's just too cool for Time Capsule!

Have you tried Spotify's new Time Capsule playlist on the app yet? If so, were the musical choices true to your tastes as a teen, or not? Sound off in the comments below and let us know if Time Capsule got it right for you!