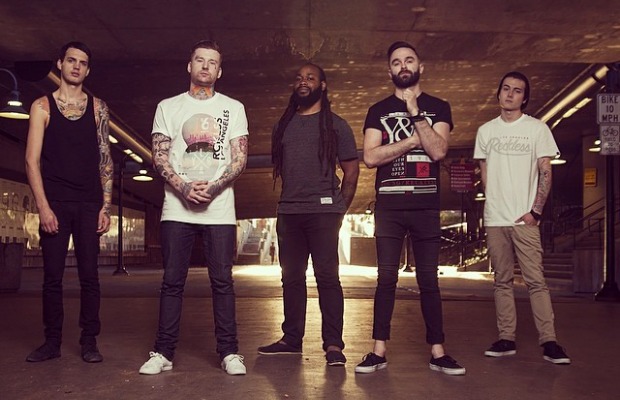 Over the weekend, Slaves guitarist Alex Lyman was stabbed in his side, which resulted in a four-inch cut, two inches deep, and roughly a centimeter from his spleen. “There was no confrontation and nothing was done to provoke this,” Lyman claims. “It was spilt because I'm a 'faggot in skinny jeans.'”

The perpetrator, who is reportedly a convicted felon, was originally charged with felonious assault. After further investigation by the police, however, the case is now labeled as a hate crime. “We took a look at the social media postings,” explains Sacramento Police Department officer Justin Brown. “And we understand that allegations of that nature. We take it very seriously, in addition to the assault.” It's worth noting that the offender, Timothy Brownell, was released on bail last night, before the charges were altered. There is now a warrant out for his arrest.

Lyman was with local Sacramento musicians Blake and Bradley Abbey when the crime took place. They were also injured.